Rasa - President-elect Donald Trump shut down some of his companies in the days after the election, including four that appeared connected to a possible Saudi Arabia business venture, according to corporate registrations in Delaware. 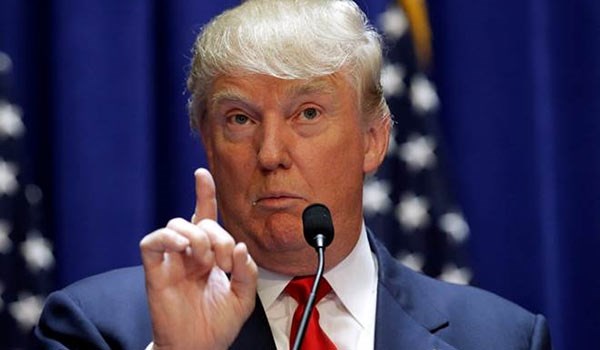 RNA - News of the move comes days before Trump was expected to describe changes he is making to his businesses to avoid potential conflicts of interest as the US president, Business Insider reported.

The Trump Organization's general counsel, Alan Garten, described shutting down the four companies as routine "housecleaning," and said there was no existing Trump business venture in Saudi Arabia. The four Saudi-related companies were among at least nine companies that Trump filed paperwork to dissolve or cancel since questions were raised after the election about how he would conduct business while in the White House.

Trump operates branded hotels and resorts in a handful of countries around the world, though he and his executives have talked about expanding more globally. Last year, Ivanka Trump singled out the Middle East and Saudi Arabia as potential locations.

"Dubai is a top priority city for us. We are looking at multiple opportunities in Abu Dhabi, in Qatar, in Saudi Arabia, so those are the four areas where we are seeing the most interest," Ivanka Trump told the publication Hotelier Middle East in May 2015 while attending the Arabian Hotel Investment Conference. "We haven't made a final decision in any of the markets, but we have many very compelling deals in each of them."

Trump for years has routinely named corporate entities after the projects to which they were connected. Companies set up as part of licensing or management deals in Indonesia and India bear the names of the cities where those projects are located. The same is true for some of his companies connected to properties and business ventures in the United States.

Four of the companies recently dissolved included Jeddah, a major Saudi city, in their formal names. The entities were established three months after Ivanka Trump's comments, during the presidential campaign. Four more businesses similarly named were also set up around the same time then closed a few months later.

Garten said Friday that the dissolution of the companies, which occurred last month, was part of a periodic process to shed corporate entities that were no longer needed or were set up for ventures that did not materialize. Garten said he did not know why the companies were set up last year or whether they involved a business ventures in Saudi Arabia that didn't happen.

Garten declined to say whether the closures were related to Trump's election or his expected announcement next week about how he will be handling his businesses as president.

Tags: US Trump Saudi
Short Link rasanews.ir/201mjT
Share
0
Please type in your comments in English.
The comments that contain insults or libel to individuals, ethnicities, or contradictions with the laws of the country and religious teachings will not be disclosed