The West Should Stop Supporting Saudis with Arms and Tacit Consent

Rasa - Human Rights Watch is wasting its time to call for an arms embargo on Saudi Arabia over its atrocious aerial bombardment campaign against Yemen. The West won't terminate its alliance with the most prolific arms buyer. 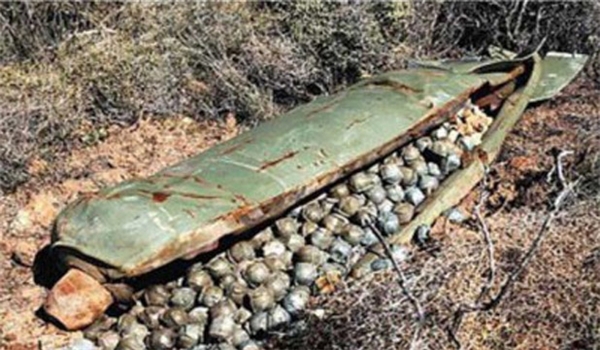 RNA - It is meaningless twaddle too when the HRW says the United States could be held accountable for atrocities being perpetrated against war-stricken Yemenis by providing munitions to Saudi Arabia, Jordan, Bahrain, the United Arab Emirates, Kuwait and Qatar. For obvious reasons, the war criminals will never be held to account in The Hague:

What is happening in Yemen is backed by the United States and a host of other Western governments. They are forever linked to the Saudi atrocities as they supply arms to the Kingdom of Terror irrespective of the fact that it violates International Law and International Arms Treaty. They even sell banned weapons such as cluster bombs, white phosphorous munitions, and CBU-105 Sensor Fuzed Weapons - as reported numerous times by the Arms Division of Human Rights Watch and the International Cluster Munition Coalition.

There is no question that the US-supported and Saudi-led war on Yemen is a blatant act of illegal aggression. It is indefensible and there is a Western imprint on every civilian life lost in that poor nation. The United States and NATO allies bear the heaviest responsibility for inflaming the conflict and compounding existing tensions and violence in the crisis-ridden state – not to mention for playing a leading role in almost every anti-democratic development in the Middle East.

The regime changers support the military campaign without formal authorization from the United Nations. They sell the Saudis even more weapons ($110 billion so far) in part to protect Israel, and because of the politics. They are complicit in Saudi war crimes because they also supply the coalition such indispensable assistance as intelligence, in-flight refueling of aircraft, and help in identifying targets.

Under these appalling circumstances, the suffering in Yemen will not stop because the West will not stop supporting Saudi Arabia with arms and tacit consent. This entire war has gone by without much comment. In fact, the opposite has happened as Saudi Arabia’s depleted stores of munitions have been hastily replenished by Canada, the UK and the US - despite evidence that these weapons have been used to massacre civilians and that Riyadh has made no strategic gains.

What’s more, calls for a ceasefire will go nowhere at the UN Security Council since the West provides diplomatic cover to Saudi Arabia. It has even offered a seat to the Kingdom of Terror at the Human Rights Council and currently is in talks with the regime to sign more arms deals.

No doubt an arms embargo would be beneficial for the ongoing humanitarian crisis, which is one of the worst in the world. But this is simply not going to happen. Exiting this intractable war is not going to be easy either. The Saudis and their Western allies will never agree to give Yemen  anything. They want the appearance of victory, but they cannot win – even if the West continues to fuel the war with more weaponry.

Tags: Yemen Bomb Saudi
Short Link rasanews.ir/201mjC
Share
0
Please type in your comments in English.
The comments that contain insults or libel to individuals, ethnicities, or contradictions with the laws of the country and religious teachings will not be disclosed