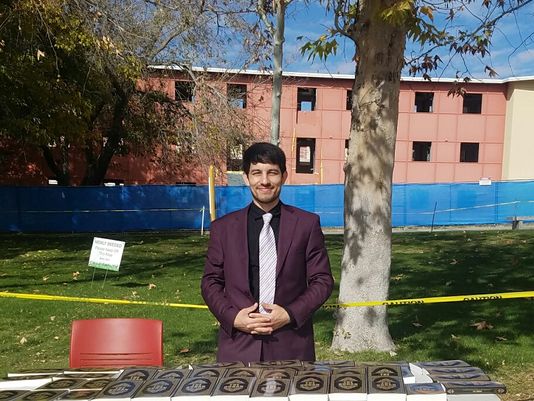 Noor, 27, has, to date, purchased and handed out about 300 copies of the Quran — the Muslim holy book — in hopes of educating NMSU students and staff who are interested in learning more about his religion. He said he hopes the effort will lead to a more harmonious campus community.

“For people who do not have Muslim friends, or are not in a place where there are Muslims for them to be in touch with — to talk with and have discussions — it can be hard for them to distinguish between what is correct and what is incorrect,” Noor said. “So we can’t blame them if they have wrong perceptions.”

Noor, believing that his fellow students at NMSU might be interested in learning about Islam directly from the source, came up with the idea.

“That’s the reason (I’ve been giving out) the books, so that people can read it themselves,” he said. “This way, they will have better judgment about Islam.”

Noor said he has studied other religions, just as he is encouraging others to do.

“I think it’s really interesting to know about other people and religions,” he said. “And then, once we know, we can better appreciate the similarities and differences and have a better understanding of each other. It brings more harmony to our communities. That’s the idea — give people the book, let them read it if they choose, and let them be the judge.”

Tags: Muslim Islam Quran
Short Link rasanews.ir/201mho
Share
0
Please type in your comments in English.
The comments that contain insults or libel to individuals, ethnicities, or contradictions with the laws of the country and religious teachings will not be disclosed