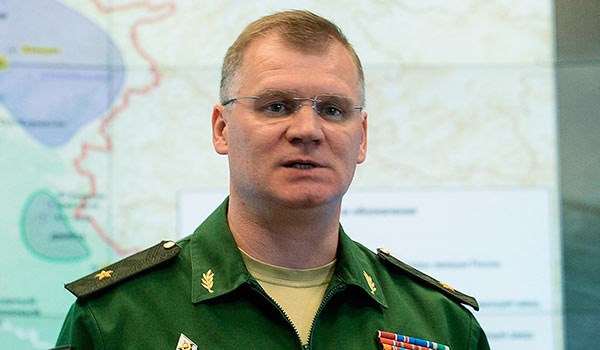 RNA - "Today during an appointment of local residents, militants attacked with artillery the Defense Ministry medical facility's mobile hospital in Aleppo. As a result of a direct hit, one Russian military paramedic was killed and two staff workers were badly wounded. Locals rushed to help and were also hurt," he added, Sputnik reported.

Noting that, as Western colleagues claim, all al-Nusra Front terrorists were cornered in Eastern Aleppo's Southern part by the Syrian Army, Konashenkov said they were unable to deliver such precise fire.

The spokesman underscored that militants of the Syrian "opposition" were "undoubtedly" behind the attack.

"We know who provided the militants with information on the Russian hospital and its exact coordinates. Therefore it's not only the actual perpetrators who are responsible for murdering and wounding our medics who were administering aid to Aleppo children," he said

"The hands of those who instigated this murder are also coated with the blood of our servicemen. Those who created, fed and armed those beats in human disguise, naming them 'opposition' for justification before their own conscience and voters. Yes, [this blood is on your hands], terrorists' patrons from the US, UK, France and their sympathizers," he added.

Over the recent months, Aleppo has been a battlefield between government forces and numerous terrorist groups.

Tags: Syria Russia Aleppo
Short Link rasanews.ir/201mha
Share
0
Please type in your comments in English.
The comments that contain insults or libel to individuals, ethnicities, or contradictions with the laws of the country and religious teachings will not be disclosed