Scholars must describe the philosophy of Arba’in

Rasa – The Secretary-General of the World Forum for Proximity of the Islamic Schools of Thought urged religious clerics and elites to propagate and describe the philosophy of the Arba’in pilgrimage. 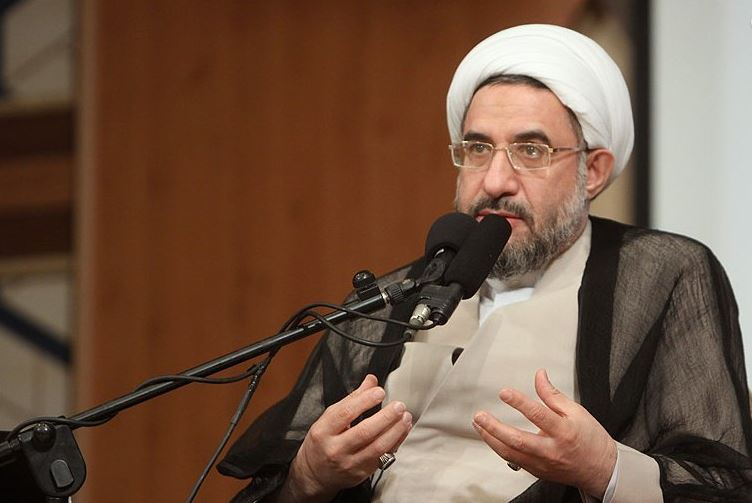 RNA – Ayatollah Mohsen Araki, the Secretary-General of the World Forum for Proximity of the Islamic Schools of Thought, urged religious clerics, thinkers and elites to delineate the philosophy of the Arba’in pilgrimage and called on Muslims to do their best in marking and observing this tragic event.

“We should try to refrain from any measure leading to dissension in the philosophy,” His Eminence said.

Ayatollah Araki referred to the upcoming Arba’in rituals which mark the 40th day after the martyrdom anniversary of the third Shi’ah Imam, Imam Husayn, stressing if Muslims knew the reasons for this ritual, then the world would accompany them in commemorating this event.

According to the Secretary-General of the World Forum for Proximity of the Islamic Schools of Thought, “Imam Husayn is the symbol of the Prophet Muhammad, divine Islam and its values.”

Ayatollah Araki stressed that Imam Husayn’s personality can be held as an axis around which Muslims can gather and increase their unity and solidarity.

He sternly warned Muslims from different sects and denominations of the schemes concocted by the enemies of Islam and urged them to consider the threat of dissension which can damage all Muslims throughout the world.

Arba’in marks the fortieth day after Ashura, when the grandson of Prophet Muhammad, Imam Husayn, was martyred on the desert plain of Karbala in Iraq along with his family and friends fourteen centuries ago. Muslims across the globe commemorate their sacrifices each year.

Imam Husayn and 72 of his loyal companions, including family members, were martyred on Ashura, the tenth day of the lunar month of Muharram, during the Battle of Karbala against the second Umayyad caliph, Yazid I, in 680 AD.

Imam Husayn was martyred after he refused to pledge allegiance to the tyrannous ruler.

In Iran, people took part in the processions, reciting soul-stirring elegies and hymns, wearing black dresses and badges, and beating their chests in a spirit of devotion.

Ashura and Karbala are symbolic representation that cannot be confined within the boundaries of time and place.

Today, Imam Husayn is remembered for the brave sacrifices he made in order to save Islam.

The unyielding stance taken by Prophet Muhammad’s grandson Imam Husayn against the evil in Karbala centuries ago carries an eloquent message that has gripped hearts and minds of people throughout history.

Tags: karbala Arbain Imam Husayn Ayatollah Mohsen Araki Arba’in Arbaeen Husayn Mohsen Araki Iraq Araki Ayatollah Araki
Short Link rasanews.ir/201mUA
Share
0
Please type in your comments in English.
The comments that contain insults or libel to individuals, ethnicities, or contradictions with the laws of the country and religious teachings will not be disclosed