Rasa - The Lebanese elected President General Michel Aoun delivered the inaugural speech in the parliament after he had taken the office oath. 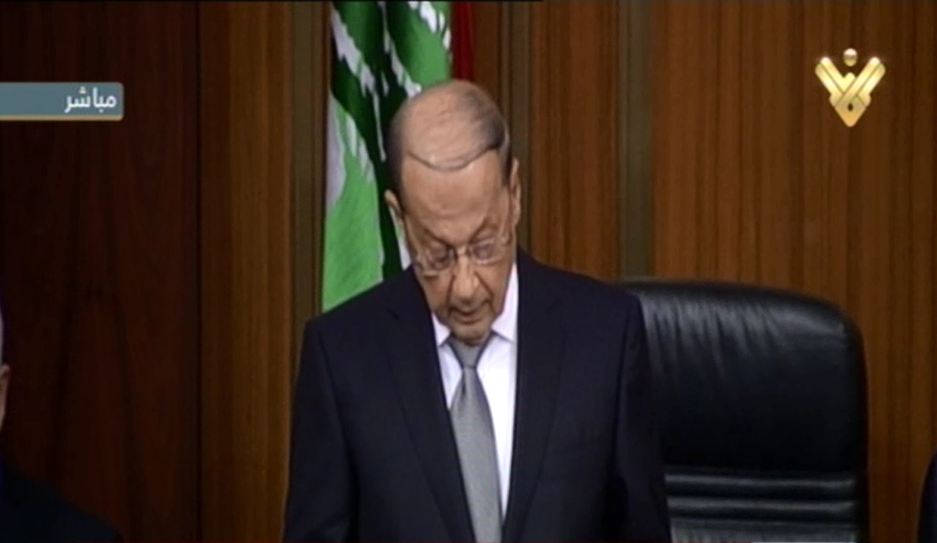 RNA - The Lebanese elected President General Michel Aoun delivered the inaugural speech in the parliament after he had taken the office oath.

President Aoun affirmed the importance of approving a new electoral law which fairly represents all the Lebanese segments, noting that coping with corruption will be the main  goal of the governmental institutions.

He also highlighted the importance of the resistance in liberating the Lebanese territories occupied by the Zionist army, adding that Lebanon will resort to preemptive deterrence in dealing with the terrorist threat.

President Aoun further said that there must be an imminent solution for the cause of the Syrian refugees in Lebanon.

Lebanon has been without a head of state since former President Michel Sleiman’s term ended  in May 2014, without an agreement on a replacement.

Tags: Michel Aoun Lebanon
Short Link rasanews.ir/201mU4
Share
0
Please type in your comments in English.
The comments that contain insults or libel to individuals, ethnicities, or contradictions with the laws of the country and religious teachings will not be disclosed