Rasa - Iranian Defense Minister Brigadier General Hossein Dehqan announced that the country's defense cooperation with some major world powers has elevated from the tactical to the strategic level. 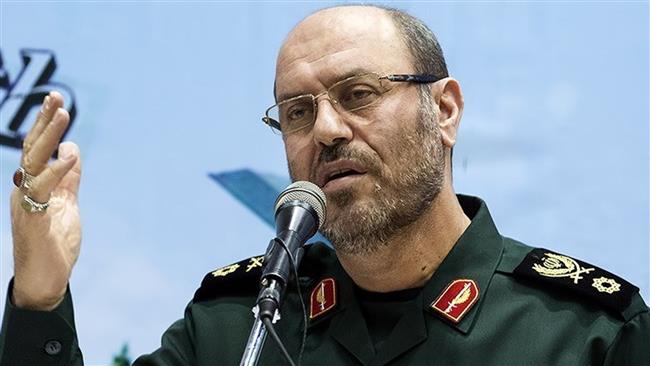 RNA - "Today, the level of defense ties and cooperation with important countries has enhanced from the tactical to a strategic level, thanks to the defense ministry's role and cooperation of the foreign ministry, and we are determined to continue this trend with other countries that exert influence on the region's political-security arrangements," General Dehqan said, addressing a forum of the Iranian military attaches in foreign states and the country's police and defense officials in Tehran on Monday.

General Dehqan reiterated that Iran has and will never have the intention to launch a war on any other country, but stressed that his nation will confront any aggressive or expansionist move so powerfully and decisively that the aggressor would regret its deeds.

The remarks by the Defense Minister came as Iran and Russia have boosted their defense ties to "strategic levels" in the last few months.

Deputy Chairman of the Russian Senate's Foreign Relations Committee Senator Ziyad Sabsabi said in September that Tehran and Moscow had started a new chapter in their military ties.

"Tehran and Moscow have always had close and friendly relations and the military ties between the two countries have entered a new era," Sabsabi said.

He underlined that Iran and Russia have always enjoyed good relations.

Also, General Dehqan announced in April that Tehran and Moscow are determined to further reinvigorate their cooperation in defense and military fields.

Iran and Russia have drawn up plans for technical and military cooperation, Dehqan said on the sidelines of the 2016 Moscow Conference on International Security (MCIS) at the time.

On August 16, 2016, Russia's Tu-23M3 long-range bombers and Su-34 bombers, having taken off from their base in Hamadan (Western Iran), carried out group airstrikes against targets belonging to the ISIL and Fatah al-Sham terrorist groups in the provinces of Aleppo, Deir Ezzur and Idlib in Syria.

Russian Ambassador to Tehran Levan Djagaryan underlined that his country is not after setting up a permanent military base in Iran, adding that Moscow's fighter jets will continue anti-terrorism flights to Syria from the Western Iranian airbase if necessary.

"Russia has not been after establishing a military base in Iran and the presence of the Russian fighter jets in Iran was temporary and based on the permission of the Islamic Republic's senior officials, that is the Supreme National Security Council (SNSC)," Djagaryan said in August.

Tags: Hossein Dehqan Iran Russia
Short Link rasanews.ir/201mTu
Share
0
Please type in your comments in English.
The comments that contain insults or libel to individuals, ethnicities, or contradictions with the laws of the country and religious teachings will not be disclosed