Rasa - Spokesman of Iraqi volunteer forces (Hashd al-Shaabi) Ahmad al-Assadi said that the ISIL has sent another group of terrorists from Raqqa in Syria to Mosul in Western Iraq. 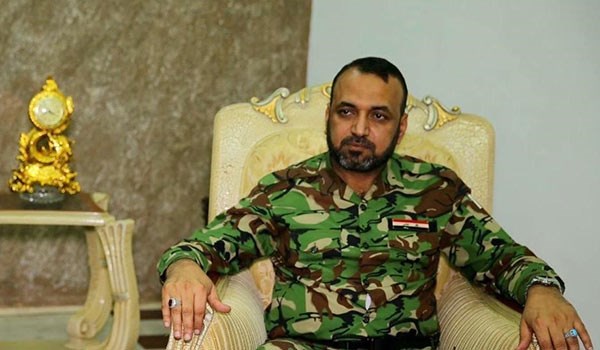 RNA - "The intelligence we have received shows that several terrorists have started moving from Syria's Raqqa towards Mosul city," al-Assadi told reporters on Monday.

He, meantime, pointed to the Mosul liberation operation which started on October 17, and said, "The first phase of the Mosul operation covered areas from Northern Beiji to al-Qayyara military base in Southern Mosul and the second phase of the operation deals with seizing back regions in the Western part of Mosul, including Tal Afar near the border with Syria and Turkey."

The Iraqi volunteer forces spokesman reiterated that Hashd al-Shaabi needs about 7 to 8 days to demine Tal Afar and secure the roads leading to the city.

On October 17, Iraqi Prime Minister Haider Abadi announced the start of the operation to retake Mosul from the ISIL.

More than 30,000 Iraqi and 4,000 Kurdish fighters are taking part in the offensive, backed by about 5,000 US troops and supported by coalition airstrikes.

Tags: Hashd Al-Shaabi ISIL Mosul Iraq
Short Link rasanews.ir/201mTt
Share
0
Please type in your comments in English.
The comments that contain insults or libel to individuals, ethnicities, or contradictions with the laws of the country and religious teachings will not be disclosed