Rasa - Muslim voters are likely to play a significant role in the US presidential election next week as the race between Republican presidential nominee Donald Trump and his Democratic rival Hillary Clinton has tightened, a report stays. 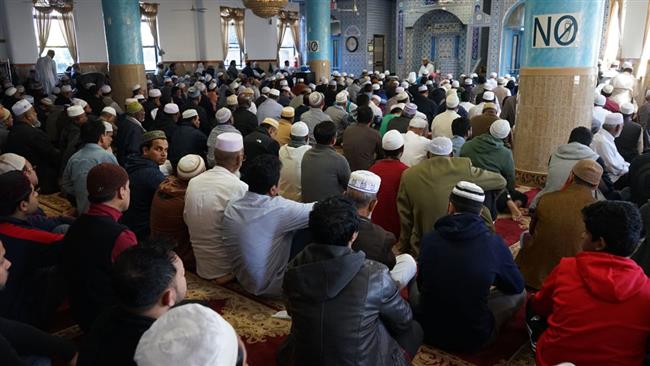 RNA - According to a poll released on Sunday, Clinton and Trump are almost tied following the FBI’s announcement to reopen an investigation into new emails sent by Clinton on a private email server during her time as secretary of state.

According to the newest ABC News/Washington Post tracking poll, Trump reduced Clinton’s 12-point lead from last week to only one percentage point, trailing her 46 percent to 45 percent.

This scenario has made the Muslim vote, which is about 1 percent of the total vote, also very important, the Dawnnewspaper said on Monday in a report filed by its correspondent from Washington, DC.

The report said both Democrats and Republicans are “reaching out to Muslim voters this year, particularly in the urban areas of key swing states where Muslims do have a noticeable presence.”

Largely Muslims are against Trump because of his rhetoric against Islam and Muslims but still Republicans are contacting Muslim media outlets, with messages emphasizing Trump’s business contacts with the Muslim world.

Last week, the Council on American-Islamic Relations (CAIR), an umbrella organization with offices across the country, released a survey, which shows that 72 percent of likely Muslim voters intend to vote for Clinton, while just four percent said they would vote for Trump.

According to the CAIR report, 86 percent of registered Muslim voters plan to cast their ballots in the November 8 election.

The New York businessman's campaign has been marred by his disparaging remarks against minorities in the US. His comments include a call to ban all Muslims from coming to America as well as forced deportation of Mexican migrants by building a long wall along the US-Mexico border.

He has also sought for a database to track Muslims across the United States and said that the US would have "absolutely no choice" but to close down mosques.

Trump’s proposal has been condemned by Muslim and human rights groups as well as his Democratic rivals and many of his Republican proponents who describe the proposal as divisive, counterproductive and contrary to American values.

Tags: Muslim US CAIR election
Short Link rasanews.ir/201mTn
Share
0
Please type in your comments in English.
The comments that contain insults or libel to individuals, ethnicities, or contradictions with the laws of the country and religious teachings will not be disclosed