Rasa - Iran’s Foreign Ministry denied claims by a US Navy commander that Tehran has supplied weapons to Yemeni forces, hitting back at Washington for abetting Saudi Arabia in its war crimes against people of Yemen by selling arms to the kingdom. 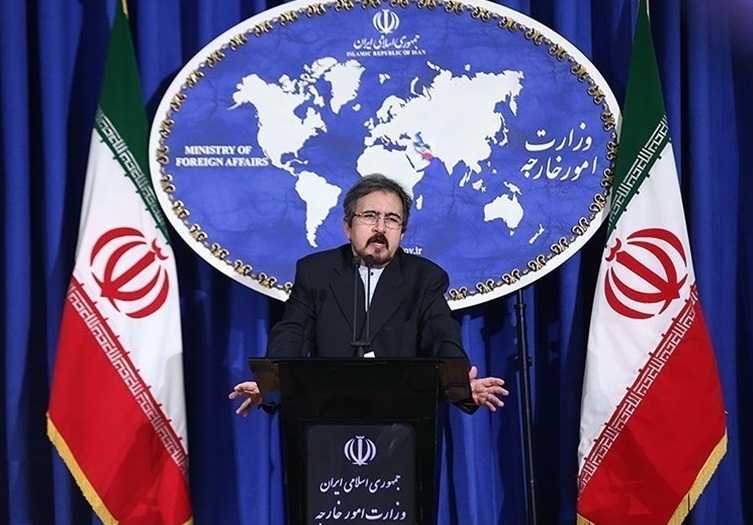 The spokesman said such allegations come against a backdrop of global outrage at the US sale of weapons of war to the Saudi-led military coalition that continues to bomb Yemeni civilians at schools, hospitals, and residential areas.

Qassemi then bemoaned the fact that Saudi Arabia was rewarded for its continuous war crimes against Yemenis with election to the UN Human Rights Council.

He denounced Saudi membership of the council as a “bitter catastrophe and tragedy” that leaves a “dark stain on the history of humanity.”

Saudi Arabia’s election to the UN Human Rights Council follows heavy criticism from non-governmental human rights organizations, who say that the body has been hijacked by oppressive regimes looking to deflect criticism and drive their own agendas.

Human Rights Watch and Amnesty International issued a joint statement earlier this year, condemning Saudi Arabia for “an appalling record of violations” in Yemen, where it has conducted a bombing campaign against Houthi forces since 2015, which has resulted in the deaths of up to 4,000 civilians.

The two organizations called for Saudi Arabia, a member of the UNHRC since it was created in 2006, apart from a mandatory year-long break after two terms, to be suspended.

Tags: US Yemen Saudi
Short Link rasanews.ir/201mTm
Share
0
Please type in your comments in English.
The comments that contain insults or libel to individuals, ethnicities, or contradictions with the laws of the country and religious teachings will not be disclosed