Rasa - In a show of unity in the face of hate, members of the religious, political and police communities joined together Friday at the Islamic Center of Southern California for a weekly prayer service. 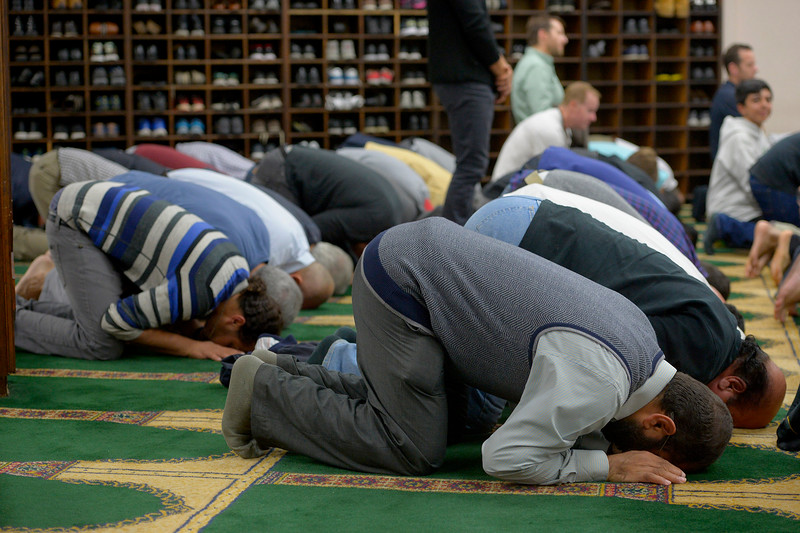 RNA - In a show of unity in the face of hate, members of the religious, political and police communities joined together Friday at the Islamic Center of Southern California for a weekly prayer service.

The gathering came three days after Los Angeles police announced an Agoura Hills man is facing charges for allegedly making criminal threats against a member of the center.

At a news conference Tuesday, the LAPD said Mark Lucian Feigin, 40, called the mosque and threatened to kill a staff member. After a search warrant was served on Feigin’s home, a large cache of weapons and thousands of rounds of ammunition were recovered, said Cmdr. Horace Frank of the LAPD’s Counter Terrorism and Special Operations Bureau.

Hassan Zeenni, chair of the Islamic Center’s religious committee, tried to reassure parishioners as they gathered for Friday prayers.

“God is telling us that you cannot repel hate with hate,” Zeenni said as he addressed the threat against the community. “Evil cannot be repelled with evil. People of God should repel evil with goodness.”

About 700 people attended the service at the center, located at 434 S. Vermont Ave.

Among the worshippers, Hamoud Salhi, an associate dean in the College of Natural and Behavioral Sciences for Cal State Dominguez Hills.

“I think they are doing their best,” Salhi said of the center’s efforts to reassure its members. “We are citizens of the country and we understand that there are people who do not like us and have personal agendas. But like any other group we feel like it’s our responsibility to rise above it and work for the good of all Americans.”

Nouria Lahlou, 46, of Los Angeles said everyone can come together despite their politics or different beliefs because everyone is human.

“There’s no difference between us,” said Lahlou, a six-month member of the center.

“I mentioned earlier that I’m Jewish,” Feuer said. “Most people in this congregation at this moment are Muslim. But we all worship the same God and we all want to live in a community where no one can threaten anyone especially because of how they worship, how they believe, what they look like.”

Feuer added that his office supports people of all faiths.

“The city attorney’s office is one place that will always be standing with you. To protect not only the Muslim American community but everybody here in the city,” he said.

Tags: Los Angeles Islam
Short Link rasanews.ir/201mTh
Share
0
Please type in your comments in English.
The comments that contain insults or libel to individuals, ethnicities, or contradictions with the laws of the country and religious teachings will not be disclosed