Rasa - Representative of the Iranian Jewish community at the parliament Siamak Mareh Sedq strongly rejected media reports that he has had an interview with the Israeli radio on possible war between Tehran and Tel Aviv. 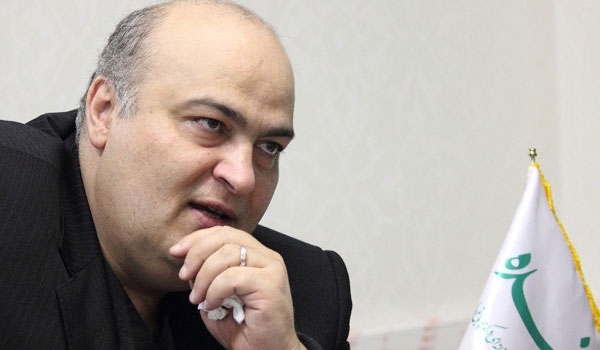 RNA - The Times of Israel claimed in a recent report that Mreh Sedq has had an interview with the Israeli radio and said that “Iran does not want to start a war against Israel, because they know that everyone who starts a war in the Middle East is doing suicide”.

"I do not answer phone calls and questions from the Zionist media because they are not the creatures that we want to answer," he added.

"The ill fame of the Zionist regime's media outlets is a proven fact to everyone, and I believe that their news reports are not worth to even be denied; they themselves know that no free man would do an interview with them," the Jewish MP reiterated.

Noting that the "disgraceful" acts of the Israeli media are not hidden to anyone, Mareh Sedq said that during a recent visit to France he answered the question of a French journalist on the possibility of Israel's attack on Iran.

"I told him that there are (at least) few people in Israel who could know attacking Iran would amount to Israel's annihilation", he said.

In his interviews with the Iranian media in the past, Mareh Sedq has on different occasions condemned Israel's attacks on the Palestinians in the Gaza Strip, and said that the time is now ripe for the international community to break silence on Tel Aviv's criminal acts.

Tags: Iran Israel Jewish
Short Link rasanews.ir/201mTg
Share
0
Please type in your comments in English.
The comments that contain insults or libel to individuals, ethnicities, or contradictions with the laws of the country and religious teachings will not be disclosed