US Is Using Uranium Weapons Against Syria

Rasa - Despite serious ethical problems, the Pentagon has finally admitted that it has used uranium weapons in the war on Syria - on the pretext of fighting ISIL. 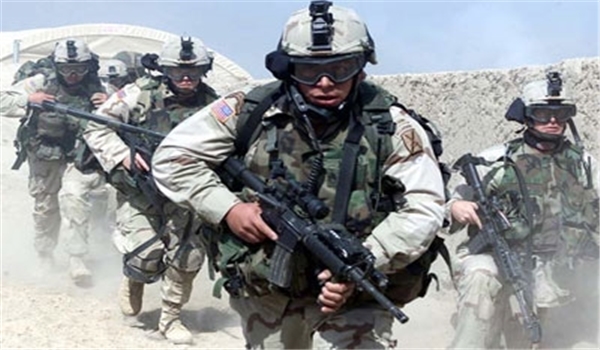 RNA - The official admission violates the War Party’s international promise last year that it would not use depleted uranium there, and contradicting the claim that US bombing is done in defense of the Syrian people.

Strange enough, US military officials still claim their uranium weapons are not known to cause health problems! Ironically, the best evidence that it is dangerously toxic and radioactive comes from the Pentagon itself. A June 1995 report to Congress by the Army’s Environmental Policy Institute concluded: “Depleted uranium is a radioactive waste and, as such, should be deposited in a licensed repository.”

US military studies also make clear that uranium weapons are chemically toxic, alpha-radiation-emitting poisons that are a danger to target populations and to invading/occupying US forces alike. In spite of this cautionary written record, the US military has been shooting its radioactive waste all over the Syrian territory.

Worse still, the principal achievement of the ongoing war and occupation has been the dramatic expansion of terrorist networks, including ISIL and Al-Qaeda, that have attacked civilian objects even in Europe and in the United States. But that's not all:

- The war and its consequences have encouraged the cause of separatists in Kurdistan, an imagined state straddling in the Levant. This has only provoked sectarianism and Turkey’s intervention, as a consequence of which many more civilians have been killed or made homeless in both Iraq and Syria.

- The war has killed over 400,000, made millions more refugees, and destroyed the Syrian state. The Syrian government and its allies, Iran and Russia, have somehow managed to maintain order in some fractured areas. But that order does not extend into much of the terrorist-held areas.

- The war has produced a regional power struggle among different groups. But they are all targeted by the medieval regime in Riyadh which tars them all with the Iranian brush. The Saudis are keen advocates for a US strike on Iran; and are major supporters of ISIL and Al-Qaeda, preferring such extremist forces to the elected government in Damascus. They are also bombing Yemen with active US and British assistance under the false pretext that the Shiite Ansarullah forces are agents for an expanding Iran.

These horrible things would not be happening, had the US not decided to declare in 2011 that President Bashar al-Assad must go. But this is still happening, with the US back in action, admittedly bombing Syria and using depleted uranium munitions to prevent such a disaster!

The US military has a long history of deliberately exposing innocent civilians and others to deadly risks without their knowledge or consent. Today, the Pentagon extends this ghastly history into Syria where it is deliberately exposing human beings to weaponized radiation that it knows can cause cancer and keep on killing long after all hostilities have ceased.

Given the US’s hegemonic position in the world, and with the United Nations allowing it to act with impunity, the crime’s architects at the Pentagon will never be punished at the International Criminal Court in The Hague.

Tags: Uranium US Syria
Short Link rasanews.ir/201mTf
Share
0
Please type in your comments in English.
The comments that contain insults or libel to individuals, ethnicities, or contradictions with the laws of the country and religious teachings will not be disclosed