Saudi officials must stand trial for war crimes in Yemen

Rasa - Saudi Arabia's war against its impoverished southern neighbor has entered its 20th month. The kingdom is still pushing ahead with its deadly aerial campaign in Yemen. In its latest airstrikes, Saudi Arabia bombarded various targets in several Yemeni provinces, including a prison in Hudaydah which claimed scores of lives. 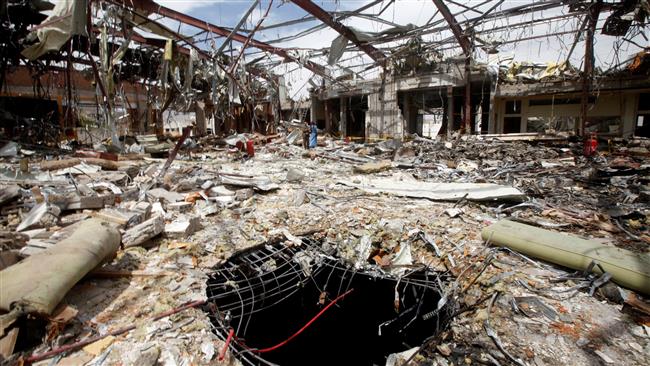 RNA - Alfred Lambremont Webre, a war crimes lawyer, in an interview described the latest attack as another flagrant war crime by Saudi Arabia which demands an urgent reaction from the international community.

“Even if they are prisoners of war, they are civilians. They would be civilian prisoners protected by The Geneva Convention. So, this is another intentional war crime. The Saudi regime is a war crime regime,” Webre underscored.

“Whether or not this [attack] is in retaliation for actions [by Yemenis] on [Saudi] military targets, [It] becomes irrelevant when one is carrying out serial war crimes,” he added.

In other comments about the complicity of Western countries in Saudi Arabia’s invasion of Yemen, Webre opined that all those countries should be treated as "co-defendants."

He noted that the United States and Israel, Saudi Arabia’s long-time strategic allies, have already been convicted by the Kuala Lumpur War Crimes Tribunal for the war crimes they committed in Afghanistan, Iraq and Palestine, and thus they deserve to stand trial at international courts along with their partner.

“It is amazing that the United States and the UK have put themselves vulnerable to prosecution," he noted, predicating that "will inevitably come in the future.”

Despite pressure from the UN and the international community since the beginning of the military aggression, Washington and London, major suppliers of lethal weapons to Riyadh, have shunned demands to cut their arms sales to the country.

Last week, during a session at the UK House of Commons in Parliament, Prime Minister Theresa May refused to answer a call by Labour Leader Jeremy Corbyn to end weapons sales to Saudi Arabia. Instead of answering the question, May spoke about the UK government’s humanitarian aid provided to Yemen.

The Saudi offensive has so far killed well over 10,000, amid countless reports suggesting deliberate and indiscriminate targeting of civilian infrastructure by jets and mercenaries.

Tags: Yemen Saudi
Short Link rasanews.ir/201mTe
Share
0
Please type in your comments in English.
The comments that contain insults or libel to individuals, ethnicities, or contradictions with the laws of the country and religious teachings will not be disclosed