Rasa - Russia's Permanent Mission to the United Nations says more than 16,000 people were killed by US-backed militants between February and September in Syria. 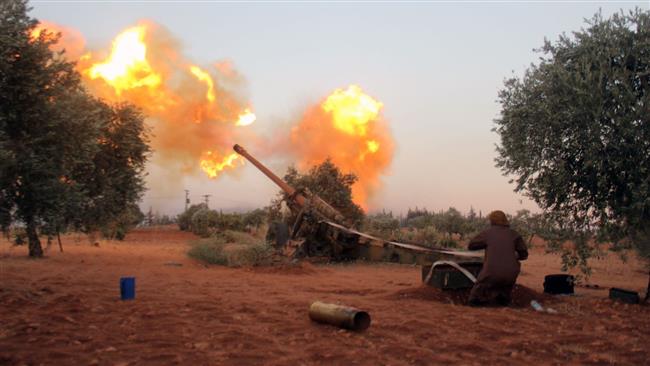 RNA - “From February to September the opposition groups that are supposed to be under the US control committed 2,031 violations of the [cessation of hostilities], which claimed lives of 3,532 military personnel and 12,800 civilians,” said a statement released by the mission on Saturday.

While noting that Russia has completely carried out all its obligations -- including negotiations with the Syrian government -- towards launching a ceasefire in the war-torn country, the mission states that the US has failed to uphold its end of the bargain and carry out negotiations with the so-called moderate opposition groups.

Moscow has long insisted that the so-called moderate opposition groups in Syria should leave the areas held by terrorists, which are targeted in the Russian air campaign.

It also noted that the US failed to establish channels for exchange of information over truce violations, and to facilitate humanitarian access to regions of Aleppo, which has been divided between government forces in the west and the militants in the east since 2012. In an attempt to free the people trapped in the city, the Syrian army, backed by Russian fighter jets, began a major offensive on September 22 to end the militants’ reign of terror in the east.

The mission added that the facts present in the statement have been presented to several high-ranking UN officials and human rights organizations to “shed some light on true reasons that hinder the Russia-US agreements implementation.”

“Russia is open for a continued cooperation in a wide range of areas of the settlement of the Syrian crisis with its partners, including the US. But this cooperation is only possible on the basis of equal rights and a principle of responsible discharge of the respective functions,” it added.

Tags: Syria Russia
Short Link rasanews.ir/201mTc
Share
0
Please type in your comments in English.
The comments that contain insults or libel to individuals, ethnicities, or contradictions with the laws of the country and religious teachings will not be disclosed