US Incapable of Direct Engagement in Region

Rasa - The US has largely lost the ability to directly get involved in the Middle East developments on the ground, Lieutenant Commander of the Islamic Revolution Guards Corps (IRGC) Brigadier General Hossein Salami said, adding that such a role has been given to Washington’s proxies. 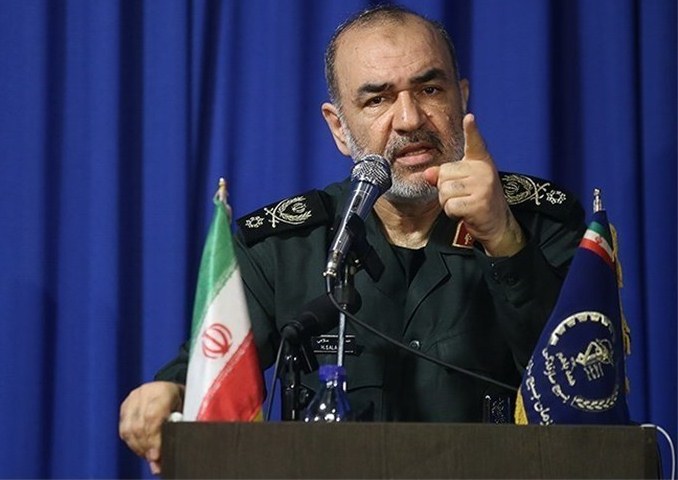 RNA - Iran exerts such a powerful influence over the region that the US has greatly lost the ability to engage in regional developments directly, and has, therefore, resorted to proxy wars, General Salami said in an address to a conference of Iranian military attachés and representatives in foreign countries, held in Tehran on Sunday.

Unfortunately, a number of misguided so-called Muslims have turned into US proxies in the region, he deplored.

The commander further underscored Iran’s effective defense power, saying even the adversaries acknowledge the Islamic Republic’s power and admit that it is not even assessable.

Earlier in the day, in an address to the same conference, Foreign Minister Mohammad Javad Zarif described Iran as the leading power in the region, saying, “International circumstances have put Iran in such premium position that… it has undeniable influence on recent developments in the region and the world as the region’s top power.”

Tags: Hossein Salami US IRGC
Short Link rasanews.ir/201mTW
Share
0
Please type in your comments in English.
The comments that contain insults or libel to individuals, ethnicities, or contradictions with the laws of the country and religious teachings will not be disclosed