Rasa - Iranian and Iraqi prosecutor generals on Sunday signed a Memorandum of Understanding (MoU) in Baghdad on cooperation in various judicial fields. 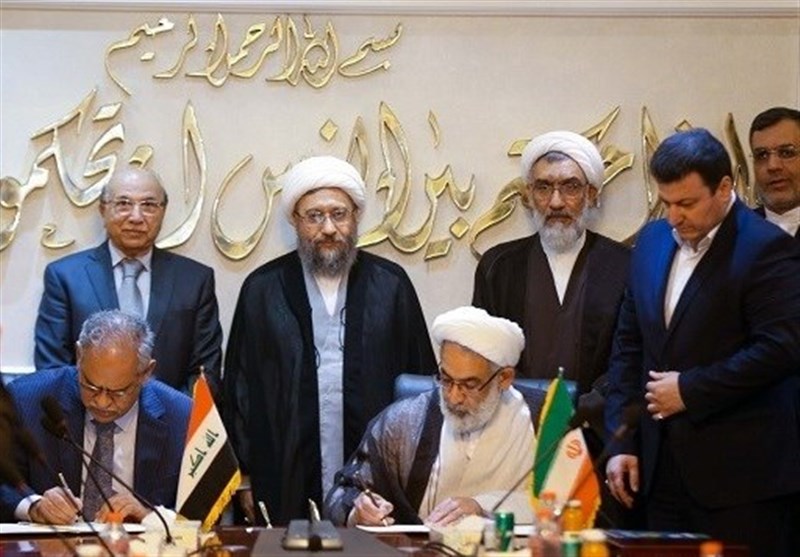 Based on the MoU, Tehran and Baghdad will collaborate on judicial, legal and human rights issues, rights of women and children, joint action against contrabands, as well as training courses for the Iraqi judiciary personnel.

According to the document, the two neighboring countries agreed to join hands in the fight against terrorism and in defending its victims, and to share experience and technical expertise in battling terrorist crimes, extremism, corruption, narcotic and arms trafficking, organized crimes and offences that could threaten their national security.

Iran will also be ready to train Iraqi judges and judiciary staff under a separate accord, at the request of the Iraqi government, in Tehran or Baghdad.

The meeting to sign the MoU was attended by Iranian Judiciary Chief Ayatollah Sadeq Amoli Larijani and his Iraqi counterpart.

Heading a ranking delegation, Ayatollah Amoli Larijani is in Iraq to hold talks with senior officials of the Arab country on a range of judicial issues.

Tags: Iraq Ayatollah Sadeq Amoli Larijani
Short Link rasanews.ir/201mTV
Share
0
Please type in your comments in English.
The comments that contain insults or libel to individuals, ethnicities, or contradictions with the laws of the country and religious teachings will not be disclosed