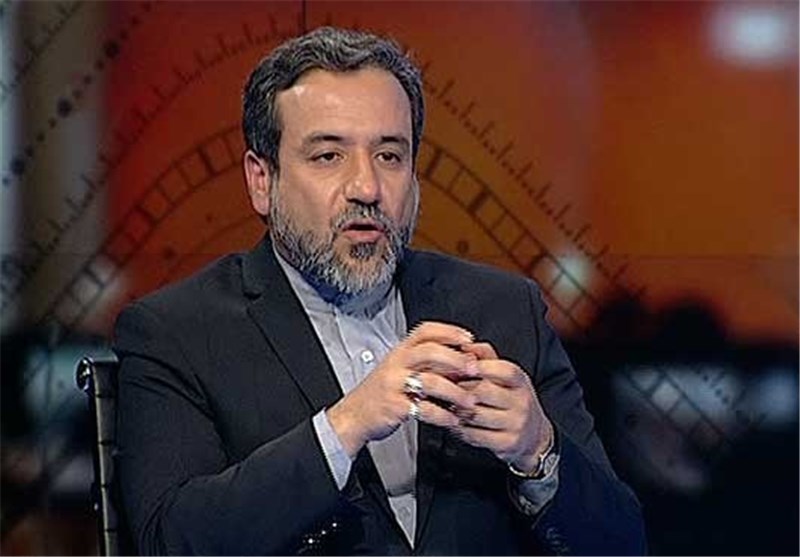 RNA - “A regime that is known by everyone as a child-killing regime and has no respect for women and tramples on their very basic rights wins a seat on the (UN) human rights council with the motto of comprehensive development for women,” he said Sunday on the sidelines of a ceremony marking the 71st anniversary of the establishment of the UN.

“This indicates that decisions in the human rights council and other international human rights mechanisms are taken based on political motives,” Araqchi added.

“Perhaps the only thing not taken into consideration (in the council) is the true human rights criteria and that is the reason why a country like Saudi Arabia enters the council while resolutions (about human rights situation) are adopted against a country like the Islamic Republic of Iran, which, as acknowledged globally, has a democratic system,” the Iranian diplomat went on to say.

In a secret balloting process on Friday, the 193-member UN General Assembly elected 14 members to the 47-nation council, among them Saudi Arabia.

It will be Riyadh’s third term in the UN rights body despite mounting criticism from international human rights groups.

Back in June, Human Rights Watch (HRW) and Amnesty International called on the UN to immediately suspend Saudi Arabia’s membership on its rights council due to its appalling rights record.

“Saudi Arabia has amassed an appalling record of violations in Yemen while a Human Rights Council member, and has damaged the body’s credibility by its bullying tactics to avoid accountability,” said Philippe Bolopion, deputy director for global advocacy at HRW.

The rights groups, however, failed in the campaign to stop Saudi Arabia from being re-elected.

Additionally in June, the UN blacklisted Saudi Arabia after concluding in a report that Riyadh was last year responsible for 60 percent of the 785 deaths of children in Yemen, where it has been engaged in a deadly military aggression since March 2015.

A few days later, however, the world body removed the kingdom from the blacklist, citing threats by the regime and its allies to cut off funding to many UN programs. The move triggered an outcry from human rights groups.

On October 8, in one of the deadliest attacks in Yemen, Saudi warplanes bombarded a funeral hall packed with mourners in the capital, Sana’a, killing over 140 people and injuring at least 525 others.

HRW said that the Sana’a bombing constitutes an apparent war crime, while Amnesty International said the attack was a reminder of the need for the suspension of arms sales to Saudi Arabia.

Tags: Iran Saudi Human rights
Short Link rasanews.ir/201mTS
Share
0
Please type in your comments in English.
The comments that contain insults or libel to individuals, ethnicities, or contradictions with the laws of the country and religious teachings will not be disclosed