US Sends Arms Cargo to ISIL in Iraq's Diyala

Rasa - The US-led coalition helicopters carried a large number of weapons and military equipment to the ISIL terrorists stationed in Iraq's Diyala province. 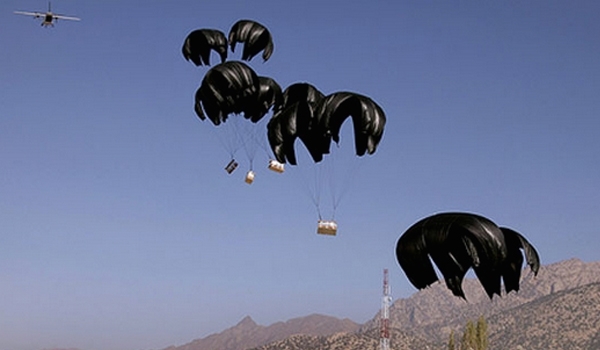 RNA - Al-Waqt news website quoted a security source as saying that last week two military helicopters of the US-led coalition unloaded the weapons and equipment near Lake Hamrin in Tal Salimeh region of Diyala province after which a number of terrorists on board several boats arrived from across the Lake loaded the arms and ammunition to carry them to the ISIL operation zone.

According to the source, the militants on board the boats were affiliated to the ISIL terrorist group.

The US has a long record of blatant support for the terrorist groups in Iraq.

In February 2015, an Iraqi provincial official lashed out at the western countries and their regional allies for supporting Takfiri terrorists in Iraq, revealing that the US airplanes still continue to airdrop weapons and foodstuff for the ISIL terrorists.

"The US planes have dropped weapons for the ISIL terrorists in the areas under ISIL control and even in those areas that have been recently liberated from the ISIL control to encourage the terrorists to return to those places," Coordinator of Iraqi popular forces Jafar al-Jaberi told FNA.

He noted that eyewitnesses in Al-Havijeh of Kirkuk province had witnessed the US airplanes dropping several suspicious parcels for ISIL terrorists in the province."Two coalition planes were also seen above the town of Al-Khas in Diyala and they carried the Takfiri terrorists to the region that has recently been liberated from the ISIL control," Al-Jaberi said.

Meantime, Head of Iraqi Parliament's National Security and Defense Committee Hakem al-Zameli also disclosed that the anti-ISIL coalition's planes have dropped weapons and foodstuff for the ISIL in Salahuddin, Al-Anbar and Diyala provinces.

In January 2015, al-Zameli underlined that the coalition is the main cause of ISIL's survival in Iraq.

"There are proofs and evidence for the US-led coalition's military aid to ISIL terrorists through air(dropped cargoes)," he told FNA at the time.

Tags: US ISIL Iraq
Short Link rasanews.ir/201mTH
Share
0
Please type in your comments in English.
The comments that contain insults or libel to individuals, ethnicities, or contradictions with the laws of the country and religious teachings will not be disclosed