UK to open permanent military base in Bahrain

Rasa - The United Kingdom will open a massive permanent military base in Bahrain and deploy warships in the Persian Gulf, a new report has revealed. 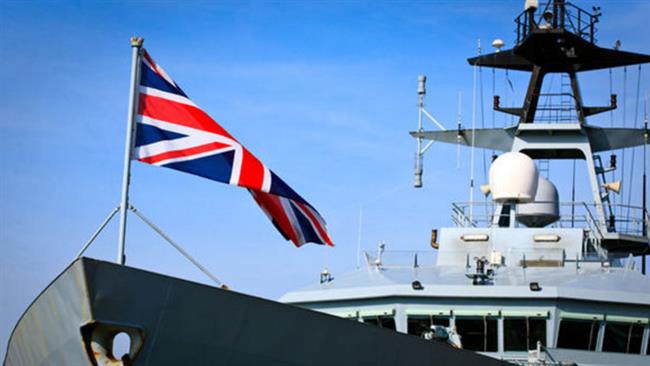 RNA - The military base, which is the first such facility being opened by Britain in 40 years in the Persian Gulf region, will be launched next month, Britain's Express newspaper reported on Saturday.

Britain will station around 600 military forces at the Royal Navy Facility and will deploy its warships to patrol the surrounding waters and guard oil and gas shipments in the waters.

The base located in Bahrain's Mina Salman Port, will also be used by Special forces, Navy destroyers and frigates to launch operations against the Daesh takfiri terrorist group in the region, according to the report.

“The project could save the Ministry of Defense millions because they won’t have to travel back to the UK,” the newspaper quoted unnamed diplomatic sources as saying.

The base, which will be used as a weapons store, will allow Britain to take part in any possible emergency operation if any country tries to block UK commercial ships from passing through the Strait of Hormuz, said a navy source.

“If we miss out on too much oil and gas then the lights will start to go out,” the source added.

When Britain kicked off the project in 2014, Defense Secretary Michael Fallon described it as “a permanent expansion of the Royal Navy’s footprint” in the Persian Gulf.

“It will enable Britain to send more and larger ships to reinforce stability in the [Persian] Gulf,” he said.

Critics, however, raised concerns over the legality of the base, saying the project had not been discussed in Bahrain’s parliament.

Human rights campaigners criticized the plan at the time, arguing that the Royal Navy named HMS Juffair, is reminiscent of the colonial era because it’s named after a previous naval base, Britain maintained in the country during colonial times.

Opposition activists also said Britain’s move strengthens the ruling al Khalifa family which, has long been carrying out crackdown on human rights activists in the kingdom.

Scores of people have been killed and hundreds of others injured or arrested in the Bahraini crackdown on the anti-regime activists, who have been holding protests on an almost daily basis since February 14, 2011.

Tags: UK bahrain
Short Link rasanews.ir/201mTF
Share
0
Please type in your comments in English.
The comments that contain insults or libel to individuals, ethnicities, or contradictions with the laws of the country and religious teachings will not be disclosed