Rasa - Abdullah Muhammad al-Muhaysini, a senior al Qaeda-linked cleric and the religious leader of Jeish al-Fatah terrorist group, admitted that the militants in Syria have received financial and military aid from Saudi Arabia and certain other Persian Gulf Arab states. 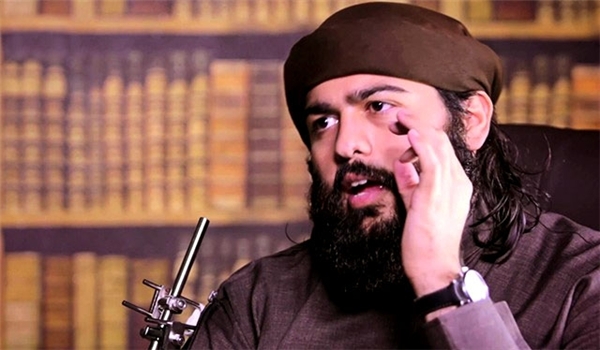 RNA - According to the Syrian dissidents' news website, Enab, Muhaysini has released a video recently in which he appreciated Riyadh and other Arab states for equipping his comrades with missiles.

The Saudi preacher said that the missiles that they have sent would be used to break the Syrian army and its allies' siege of Aleppo.

He also thanked Turkey for supporting the terrorists and treating the wounded militants in its hospitals.

In relevant remarks in June, a source said that Saudi Arabia has sent new cargoes of weapons and financial aid to the terrorists in Aleppo in Northern Syria to strengthen them against the Syrian army and its allies' fresh attacks.

"The Saudi regime has recently sent small arms and new equipment, including 5 drones, to the terrorists in Syria," the source said.

To this end, Riyadh has sent one of its ranking officers to the regions controlled by terrorists in Northern Aleppo to supply them with money and arms to intensify attacks and open new fronts against the Syrian army and popular forces, the source added.

Also, a prominent Syrian military analyst said earlier this month that the terrorists in Aleppo take orders from outside and don’t dare to leave the city in anticipation of punishment by Saudi Arabia and Turkey.

"Violation of the ceasefire by the terrorists and their opposition to the evacuation of Aleppo is of no surprise as they are not the ones in charge of the decision-making for remaining or leaving the city, rather they take orders from the regional and international sides for whom they are working," Turki Hassan told FNA last Saturday.

Noting that the main cause of the terrorists' stubborn stay in Aleppo is that leaders of Fatah al-Sham (formerly known as al-Nusra) Front and Ahrar al-Sham are afraid of punishment by their Qatari, Saudi and Turkish masters, he said, "If they move in defiance of their Qatari, Saudi and Turkish lords, they might be killed and their properties be seized."

Tags: al Qaeda Syria Saudi
Short Link rasanews.ir/201mTA
Share
0
Please type in your comments in English.
The comments that contain insults or libel to individuals, ethnicities, or contradictions with the laws of the country and religious teachings will not be disclosed