Rasa - Yemen’s Houthi Ansarullah movement has strongly dismissed claims that the recent missile attack against Saudi Arabia was aimed at Islam's holiest and most revered site, emphasizing that the Saudi regime is restoring to media hype to justify its military aggression against its southern neighbor. 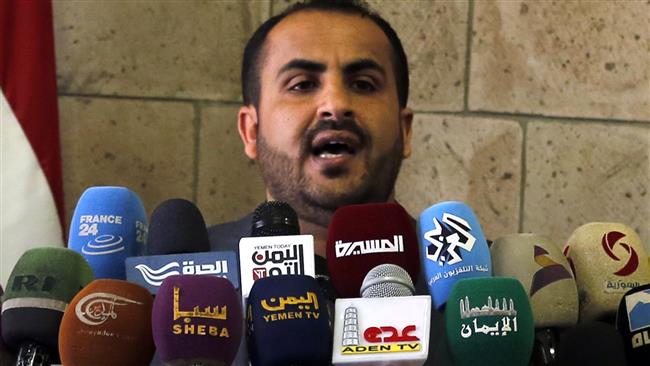 RNA - Ansarullah spokesman Mohammad Abdulsalam, in a statement released on Friday, said Saudi officials are looking for sympathy in the name of guardianship of the Masjid al-Haram in the holy city of Mecca, and availing themselves of media frenzy – something which nobody actually believes in.

Abdulsalam underlined that Saudi Arabia seeks to provoke Muslims worldwide through fabricated allegations that Ansarullah fighters sought to hit the Kaaba, calling on Muslims not to take note of lies being spread by the Saudi-led military coalition.

"The Yemeni nation needs no proof to show its Arab and Muslim identity. It has never targeted religious sites, and definitely treats religious rites with much greater respect compared to US mercenaries. Aggressors must end their attacks and siege against Yemen, embrace peace and observe the principle of good neighborliness," Ansarullah spokesman pointed out.

A Yemeni military source, speaking on condition of anonymity, later told the official Saba news agency that the 12.5-meter-long missile had targeted its target accurately and left massive destruction at the airport.

Saudi media outlets, however, reported that the kingdom’s missile systems intercepted and destroyed the solid propellant and Scud-type missile before it could cause any damage.

They said the projectile was launched at 9 p.m. local time (1800 GMT) on Thursday from Yemen’s mountainous northwestern area of Sa’ada.

The Saudi military also claimed that the Yemeni missile was fired toward the holy city of Mecca.

Tags: Yemen Ansarullah Saudi
Short Link rasanews.ir/201mT1
Share
0
Please type in your comments in English.
The comments that contain insults or libel to individuals, ethnicities, or contradictions with the laws of the country and religious teachings will not be disclosed