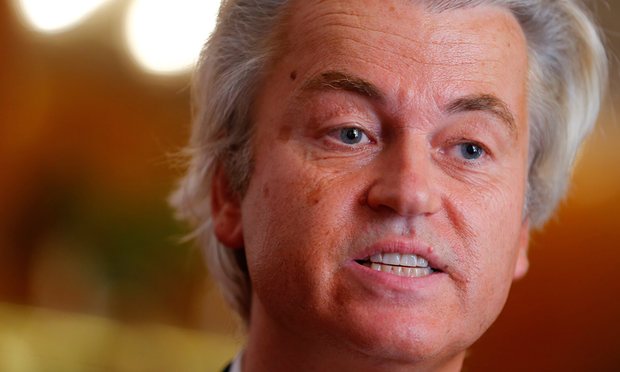 RNA - The Dutch anti-Islam MP Geert Wilders says he will refuse to attend his trial next week on charges of inciting racial hatred, dubbing the hearing “a travesty”.

“It is my right and my duty as a politician to speak about the problems in our country,” Wilders said on Friday, renewing accusations that it was “a political trial” and insisting: “I have said nothing wrong.”

The trial is set to open on Monday before a three-judge bench with the far-right politician facing charges of insulting a racial group and inciting racial hatred after comments he made about Moroccans living in the Netherlands.

Expected to last until 25 November, the trial in a high security court in Schiphol will focus on a comment made at a March 2014 local government election rally, when Wilders asked supporters whether they wanted “fewer or more Moroccans in your city and in the Netherlands”.

When the crowd shouted back “Fewer! Fewer!” a smiling Wilders answered: “We’re going to organise that.”

But Wilders said on Friday: “This trial is a political trial, in which I refuse to cooperate.”

He said he would leave his defence in the hands of his legal team led by Geert-Jan Knoops, and instead “go to work” by attending parliamentary sessions in The Hague.

“If speaking about this is punishable, then the Netherlands is no longer a free country but a dictatorship.”

Wilders said Rutte and other politicians who had expressed strong views on Dutch citizens with foreign roots were not being prosecuted – “Rightly so.” But people want to “have me silenced by the court”, he added, vowing to continue to speak his mind.

Tags: Dutch Islam
Short Link rasanews.ir/201mSx
Share
0
Please type in your comments in English.
The comments that contain insults or libel to individuals, ethnicities, or contradictions with the laws of the country and religious teachings will not be disclosed