Rasa - Iranian Deputy Interior Minister for Security and Law Enforcement Affairs Hossein Zolfaqari blasted the US and its allies for supporting the terrorists who are trying to make Iran's Eastern borders insecure. 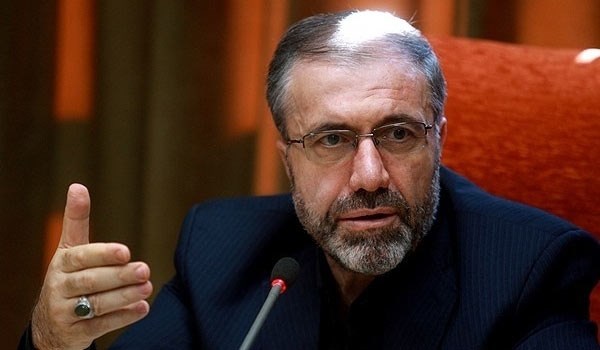 RNA - "The US and global arrogance are trying to spread Takfiri terrorism along Iran's Eastern borders," Zolfaqari said.

The Iranian deputy interior minister reiterated that all the enemies and seditionists have made up their minds to create a diversion in the Shiite school of thought and sow the seed of discord among MuslimsIn late December, Zolfaqari underscored that the country's security and intelligence forces were monitoring enemies' attempts to carry out terrorist operations inside Iran.

"All bombing plots in Iran have failed and all the terrorist groups that intended to do so have been prevented from crossing the country's borders," Zolfaqari told reporters on the sidelines of a security meeting in the city of Mashhad, Northeastern Iran.

He reiterated that all terrorist activities of the Takfiri groups have been fully defused over the past two years, and said, "The country's security forces have brought sabotage attempts to the Zero level in border regions."

Tags: Iran Terrorist Syria
Short Link rasanews.ir/201mSs
Share
0
Please type in your comments in English.
The comments that contain insults or libel to individuals, ethnicities, or contradictions with the laws of the country and religious teachings will not be disclosed