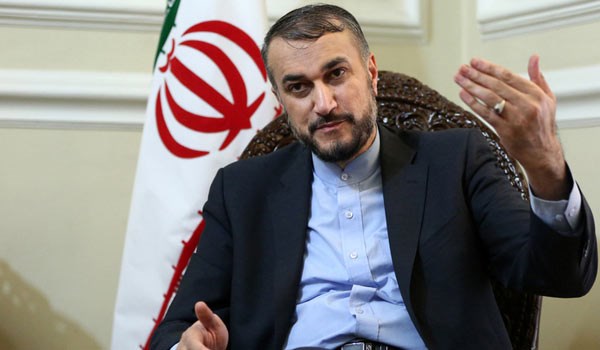 He reiterated Iran's resolve restore security and peace to the region, and said, "Iran believes in political settlement to the regional and international crises and has never spared efforts in this respect."

Amir Abdollahian reiterated that certain military advisors who were helping the Iraqi and Syrian governments at the request of those countries were killed while fulfilling their missions in those countries.

On Wednesday, Iranian Deputy Foreign Minister Seyed Abbas Araqchi blasted certain western countries for supporting terrorism in Syria and Iraq, and called for a halt to their financial and logistical supports for the terrorist groups.

"We are calling on sponsors of terrorism that lend financial and military support to Takfiri terrorists to stop their support and instead take steps towards a real fight against terrorism," Araqchi said, addressing a conference in the city of Mashhad in Northeastern Iran.

Tags: Iran Parliament
Short Link rasanews.ir/201mSr
Share
0
Please type in your comments in English.
The comments that contain insults or libel to individuals, ethnicities, or contradictions with the laws of the country and religious teachings will not be disclosed