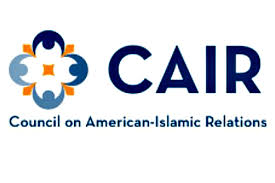 “There’s been a sort of void in the Northwest Panhandle, and the office that we just established will be servicing Pensacola to Tallahassee and all the regions in between,” said Rahim.

Rahim says while it’s not an extremely diverse area, there are thousands of Muslims who live in the Florida Panhandle. And, her job will be to build bridges with outside communities as well as help provide an outlet for those in need.

“Personally, I’ve had a number of times—two or three times this past year—where somebody has yelled some verbal abuse in my direction, and I know that that same thing has happened to numerous other individuals, probably dozens,” she added. “But, without there being a very, visible office for them to call and complain to and document that incident, it just kinds of gets buried under the carpet.”

Tags: CAIR Islam
Short Link rasanews.ir/201mSd
Share
0
Please type in your comments in English.
The comments that contain insults or libel to individuals, ethnicities, or contradictions with the laws of the country and religious teachings will not be disclosed