Why Aren't There Any Polling Stations in NYC Mosques?

Rasa - Fifty miles north of Miami, the Islamic Center of Boca Raton sports a signature dome and minaret, painted, like many other buildings in the area, a pastel shade of mint green. 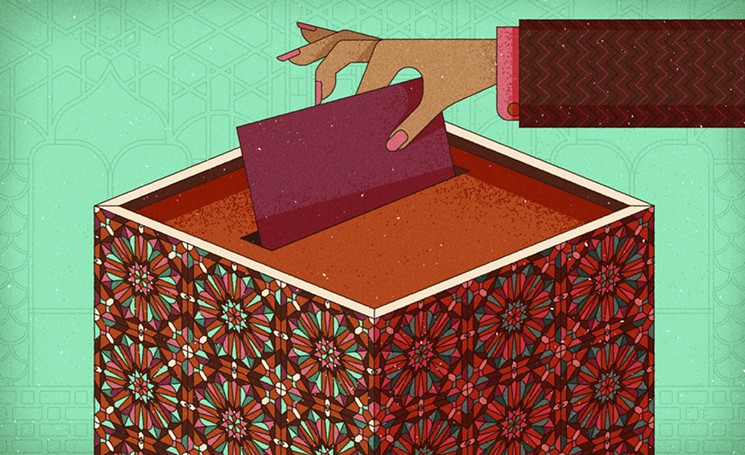 RNA - Fifty miles north of Miami, the Islamic Center of Boca Raton sports a signature dome and minaret, painted, like many other buildings in the area, a pastel shade of mint green. In June, some residents in the wealthy, mostly white coastal city were sent notices assigning the mosque as their designated polling place for the state's August primary as well as next month's presidential election. Florida's Tri-County area, consisting of Miami-Dade, Broward, and Palm Beach counties, is home to at least 150,000 Muslims, according to the Florida chapter of the Council on American Islamic Relations — a notably fast-growing population in a crucial swing state.

Soon after, a Palm Beach County official began receiving emailed complaints from voters about the selection of the mosque as a polling site. One even hinted at a bomb threat to force an evacuation on Election Day. The county promptly removed the place of worship from the list, reassigning the location to a library nearby. Ironically, the mosque's president, a Syrian-born computer science and engineering professor at a local college, will cast his vote on November 8 in a church, one of at least fifty on the county polling list.

There have been no similar complaints lodged with the Board of Elections here in New York City. That's because, according to the most recent list of NYC polling places, there is not a single mosque, Muslim school, or Islamic cultural center being used as a polling site in any of the five boroughs next month. Meanwhile, the Voice counts at least 96 churches, parochial schools, synagogues, and Christian or Jewish community centers in use, out of 1,204 total stations.

"We have all these neighborhoods full of Muslims — why is it that we don't have Muslim schools or mosques as a polling place?" asked Cheikh Ahmed Mbareck, executive director of the Queens-based Majlis Ash-Shura, or Islamic Leadership Council of New York. "It demonstrates the fact that our community is civically behind [other minority groups]."

There are 3.3 million Muslim Americans, according to the Pew Research Center, about 1 percent of the total population. Estimates of the number in New York City range from 600,000 to 1 million, or as many as one in eight New Yorkers. Voter registration efforts have been part of a larger strategic effort by Muslim religious and civic organizations nationwide to defend themselves against Trump's vitriol, one that has been largely successful, with the number of registered Muslim voters going from 300,000 in 2012 to 800,000-plus in 2016, by one estimate.

Tags: Muslim US Vote
Short Link rasanews.ir/201mSb
Share
0
Please type in your comments in English.
The comments that contain insults or libel to individuals, ethnicities, or contradictions with the laws of the country and religious teachings will not be disclosed