Afghans Residing in Iran Can Take Part in Arbaeen Pilgrimage 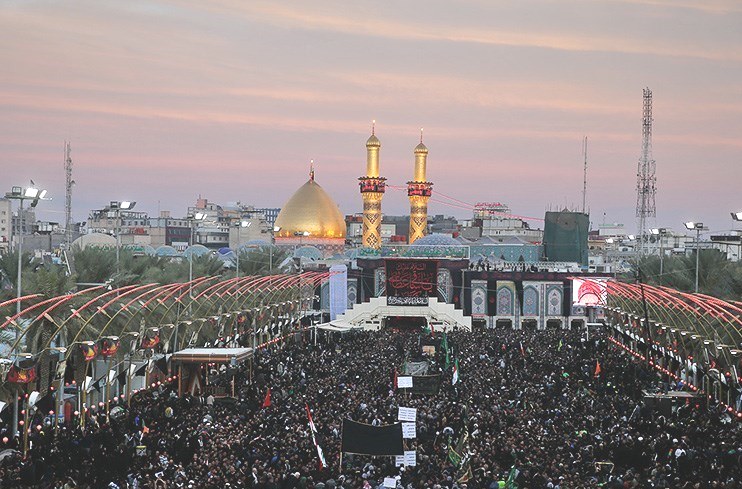 RNA - Colonel Babaei told Tasnim that in previous years, there were legal problems in the way of Afghan citizens living in Iran to leave the country to take part in the annual Arbaeen ceremony in Iraq.

However, he said, agreements have been reached between Iranian officials and the Iraqi embassy in Iran to facilitate these people’s visit to Iraq for Arbaeen this year.

The official said that all Afghan citizens in the country can obtain visa and enter Iraq via Shalamcheh border crossing.

In order to get a visa, he added, they need to have residence permit and those who don’t have the document can obtain it by referring to related offices in 14 provinces.

Arbaeen, which is one of the largest religious gatherings in the world, comes 40 days after Ashura, the martyrdom anniversary of the third Shiite Imam, Imam Hussein (AS).

Each year, a huge crowd of Shiites flock to the Iraqi city of Karbala, where the holy shrine of Imam Hussein (AS) is located, to perform mourning rites.

Last year, around 20 million pilgrims from all over the world, including over 1.6 million Iranians, gathered in Karbala to attend the mourning ceremonies marking Arbaeen.

This year, the number of Iranian pilgrims going to Karbala for Arbaeen is expected to hit 2 million.

Tags: Iran Arbaeen Iraq
Short Link rasanews.ir/201mSU
Share
0
Please type in your comments in English.
The comments that contain insults or libel to individuals, ethnicities, or contradictions with the laws of the country and religious teachings will not be disclosed