RNA - The United Nations Educational, Scientific and Cultural Organization (UNESCO) has approved a motion that endorses the right of the Palestinians to the al-Aqsa Mosque compound and slams Israeli provocations around the holy site. 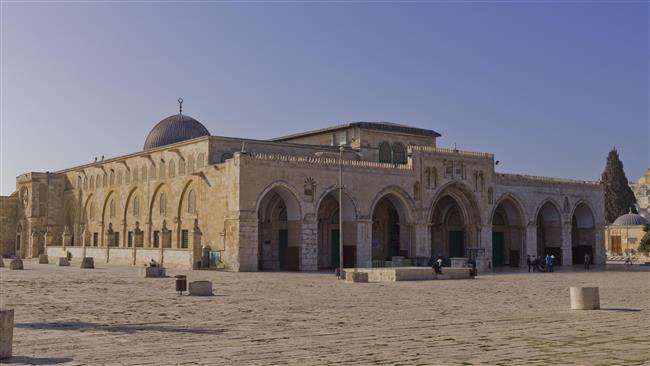 Ten countries voted for, two against, eight abstained and one was absent in the voting.

The resolution expresses UNESCO’s deep concerns over Israeli construction works and archaeological excavations in the Old City of Jerusalem al-Quds.

Saeb Erekat, the secretary general of the Palestine Liberation Organization, welcomed the passage of the motion and accused the Tel Aviv regime of resorting to a campaign of distorting facts in a bid to legitimize its occupation of East Jerusalem al-Quds.

“Through an orchestrated campaign, Israel has been using archaeological claims and distortion of facts as a way to legitimize the annexation of occupied East Jerusalem,” Erekat said.

He further noted that the UNESCO resolution urges “respecting the status quo of its religious sites, including the al-Aqsa Mosque compound that continues to be threatened by the systematic incitement and provocative actions of the Israeli government and extremist Jewish groups.”

Earlier this month, UNESCO’s 58-member Executive Board approved a similar resolution, prompting a furious reaction from Israel as the regime suspended its ties with the agency.

"We will decide what the next steps will be,” Netanyahu said in a statement.

Elias Sanbar, Palestine’s UNESCO envoy, fired back at those upset with the resolution and warned that Israelis were “politicizing religion and this is very dangerous."

Makram Mustafa Queisi, Jordan’s ambassador to UNESCO, also stressed that UNESCO tried to tackle the issue from a “technical point of view” while many parties were politicizing it.

Palestine became the 195th full member of UNESCO in October 2011, triggering a cut in Tel Aviv’s funding to the agency.

The occupied territories have already been the scene of increased tensions ever since the Israeli regime imposed restrictions on the entry of Palestinian worshipers into the al-Aqsa Mosque compound in August 2015.

More than 250 Palestinians have been killed by Israeli forces since the beginning of last October.

Tags: UNESCO Israel Palestine
Short Link rasanews.ir/201mSI
Share
0
Please type in your comments in English.
The comments that contain insults or libel to individuals, ethnicities, or contradictions with the laws of the country and religious teachings will not be disclosed