As the murderous Saudi campaign goes by in Yemen, what is true is revealed, and what is fake fades away. The truth is incontrovertible. Malice may attack it, ignorance may deride it, but in the end, there it is: 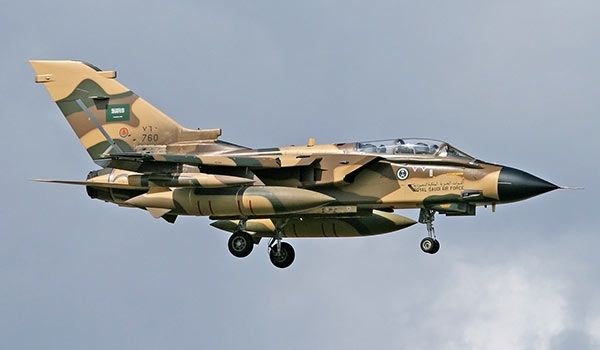 RNA - The British government has admitted that it is training the Saudi Air Force despite global accusations and condemnations that it is carrying out atrocities in Yemen. Besides providing intelligence and targeting assistance, the United Kingdom – and the United States – have also sold tens of billions of dollars in arms to the country, an autocratic regime with one of the worst human rights records in the world.

The Liberal Democrats – who uncovered the official instruction being given, in both Saudi Arabia and the UK itself – describe the revelation as 'shameful'. Tom Brake, the party's foreign affairs spokesman, has called on the Ministry of Defence to end the training immediately and for much stricter controls on arms exports to the Saudi kingdom of terror.

Despite the accusations of war crimes, however, Prime Minister Theresa May continues to defend selling arms to Riyadh and training its pilots both in the UK and in Saudi Arabia, by insisting close ties 'keep people on the streets of Britain safe'.

Any doubters should go through numerous reports published just recently by Amnesty International, UN Human Rights Council and many other international aid groups which have documented the humanitarian costs of the Saudi-led, US-, UK-backed airstrikes. They have concluded that these targeting skills and weapons, including cluster munitions banned in most countries, have been used indiscriminately against civilian targets, including markets, hospitals, UN schools, and even a centre for the blind.

It is indeed “shameful” that the British government is trying to hide the truth. It is not only arming Saudi pilots, it is training them as well – at a growing humanitarian cost. The indiscriminate bombing of innocent civilians, in clear breach of International Humanitarian Law, is now well documented by human rights groups, which have urged both the British and American governments to end their complicity in this murderous campaign.

Tragic enough, this is yet to be the case. As is customary, the United Nations is yet to find political will to take a stand on this carnage, while the same double standard continues to be the foreign policy practice in Western capitals. This should come as no surprise. After all, the United States and Britain are both allied to Saudi Arabia. When an “ally” commits war crimes against what they wrongfully call “Iranian proxies”, excuses are made and lies are spread in Western media as flat-out fact, allowing governments to turn a blind eye to the tragedy that is Yemen.

The British and the American people have a moral responsibility to contact their representatives and demand they vote to end their government’s support of the illegal intervention in the poorest country in the Middle East. If the recent terror attacks in Europe and the United States are any indication, it’s also an issue of national security. Both Al-Qaeda in the Arabian Peninsula and Yemen’s newly established ISIL affiliate are growing in the chaos. This is something that should worry not just the West, but the whole world.

Tags: Yemen Saudi
Short Link rasanews.ir/201mSH
Share
0
Please type in your comments in English.
The comments that contain insults or libel to individuals, ethnicities, or contradictions with the laws of the country and religious teachings will not be disclosed