Assault on Freedom of Expression, Activists Detained for Tweets 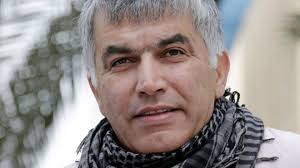 RNA - The rights organization pointed out that both men had criticized the killing of civilians in Yemen by the Saudi Arabia-led coalition, which includes Bahrain. They have already been wrongfully detained for months and are expecting their respective court's verdicts in the next week.

"It is an outrage that Nabeel Rajab and Fadhel Abbas have spent even one minute in jail - the Bahraini authorities cannot silence every last critic by throwing them behind bars. They must drop all charges against Nabeel Rajab and quash Fadhel Abbas' five year jail term, and immediately cease their relentless crackdown on freedom of expression," said Samah Hadid, Deputy Director of Campaigns at Amnesty International's Beirut regional office.

She went on to say: "In a climate of increasing hostility towards dissent of any kind, Bahrain needs independent voices like Nabeel Rajab and Fadhel Abbas more than ever. They should be applauded and protected, not punished, for their brave efforts to raise human rights concerns."

Nabeel Rajab, one of Bahrain's most prominent human rights defenders, has been in and out of prison several times since 2012. He has been in detention since June 2016 on charges of "insulting public authorities", "insulting a foreign country" and "disseminating false rumors in times of war".

The charges are in relation to tweets he posted alleging torture in Bahrain's Jaw prison, and criticizing the Saudi Arabia-led coalition's conduct in the war in Yemen. He is due to be sentenced on 31 October and faces up to 15 years in prison.

Rajab is also being charged separately with "undermining the prestige of the state" in relation to a piece written in his name in the New York Times last month, in which he described the conditions of his current detention. It is unknown when he will face trial on this charge.

Fadhel Abbas is the former Secretary General of the opposition al-Wahdawi party. He was sentenced in June 2015 to five years in prison for "spreading false information that could damage military operations of Bahrain and its allies and calling for resistance", after his party posted a tweet describing the air strikes in Yemen as a violation of international law. He is due to receive a verdict on his appeal on 26 October.

Amnesty International believes that Fadhel Abbas and Nabeel Rajab are on trial solely for peacefully exercising their right to freedom of expression, and are prisoners of conscience.

"As well as calling for the immediate and unconditional release of Fadhel Abbas and Nabeel Rajab, we are urging the Bahraini authorities to repeal or amend laws that criminalize the peaceful exercise of the right to freedom of expression, in line with Bahrain's obligations under international law," said Samah Hadid.

Since May 2016 Bahrain had seen an alarming intensification in the crackdown on the enjoyment of the rights to freedom of expression, peaceful assembly, association and movement, particularly against the political opposition, human rights defenders and others critical of the authorities.

Tags: Nabeel Rajab Human rights bahrain
Short Link rasanews.ir/201mSB
Share
0
Please type in your comments in English.
The comments that contain insults or libel to individuals, ethnicities, or contradictions with the laws of the country and religious teachings will not be disclosed