Without Iran help, terrorism could prevail in Iraq, Syria

Rasa - A senior Iranian diplomat says terrorism would have prevailed in Iraq and Syria if it was not for Iran’s support for the Arab countries' anti-terror fight. 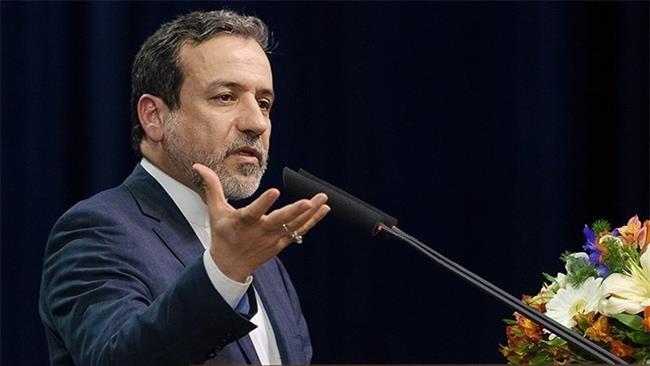 RNA - “If it wasn’t for the Islamic Republic of Iran’s support, today we would have witnessed the domination of terrorism in Iraq and Syria, which are among major regions in the Muslim world,” Iranian Deputy Foreign Minister for Legal and International Affairs Abbas Araqchi said in the northeastern Iranian city of Mashhad on Wednesday.

Pointing to the ongoing violence and bloodshed at the hands of terrorists in Iraq and Syria, Araqchi said Takfiri terrorism was bred by the West and certain reactionary Arab regimes, calling on terror sponsors to cut off their support for terrorists.

“We call on the financial and military supporters of Takfiri terrorist groups to put an end to their support and take steps toward a sincere fight against terrorism” he added.

The Iranian official also called on member states of the Organization of Islamic Cooperation to tap into their potential "to play a better role" on the global stage.

The Iranian diplomat also urged Muslim countries to show to the world the real image of Islam, which is based on moderation, fraternity and saying no to tyranny, as opposed to Islam's Western version, which is built on violence and extremism.

Tags: Iran Syria Iraq Abbas Araqchi
Short Link rasanews.ir/201mS9
Share
0
Please type in your comments in English.
The comments that contain insults or libel to individuals, ethnicities, or contradictions with the laws of the country and religious teachings will not be disclosed