Algeria Rejects Saudi And Qatari Request For Intervention in Yemen

Rasa - An Algerian diplomatic source revealed that his country has rejected a request from Saudi Arabia and Qatar to participate in a “peacekeeping” force in Yemen, after the cessation of the Saudi aggression. 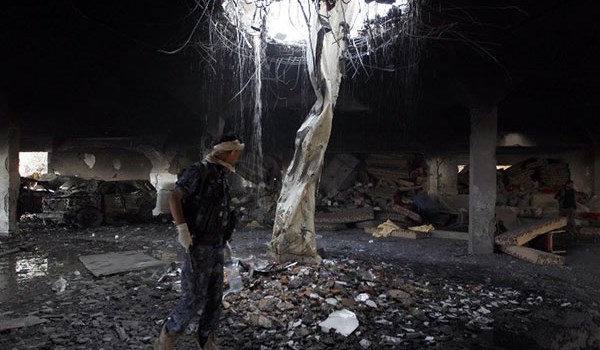 RNA - The Algerian source said that the recent visit to the armies leaders of Saudi Arabia and Qatar to Algeria was in the purpose of this request on the Algerian side, Middle East Eye reported.

The diplomatic source revealed that “Saudi Arabia wants to stop the war and the establishment of a peacekeeping force in Yemen, as seeks for the participation of states that entrusted by the Saudis and the Yemenis, while the Algerian response was that it would consider the proposal, but at the moment, the answer is the rejection”.

Saudi Arabia is waging since the March 2015 a continuous aggression on the people of Yemen resulted in the death of more than 11,800 Yemeni civilians according the atest statistics, as several Arab and Muslim countries, including Algeria and Pakistan have refused since that time to participate in this aggression.

Tags: Yemen Saudi
Short Link rasanews.ir/201mS5
Share
0
Please type in your comments in English.
The comments that contain insults or libel to individuals, ethnicities, or contradictions with the laws of the country and religious teachings will not be disclosed