Rasa - Amnesty International says the US-led coalition has killed hundreds of civilians during its air raids in Syria since 2014, calling for an investigation into potential violations of international law during the so-called campaign against terror. 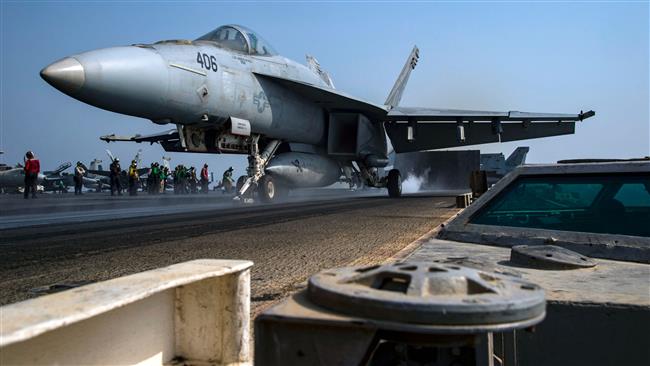 The UK-based rights group said as many as 300 civilians had been killed in 11 attacks conducted by the Washington-led alliance since September 2014.

“Analysis of available evidence suggests that in each of these cases, coalition forces failed to take adequate precautions to minimize harm to civilians and damage to civilian objects,” Maalouf added.

The Amnesty official further urged independent investigations into possible violations of international law, calling on the coalition to take more precautions prior to their attacks.

“Some of these attacks may constitute disproportionate or otherwise indiscriminate attacks,” Maalouf said.

2014 saw the rise of the Takfiri group of Daesh in the Arab country and neighboring Iraq.

Washington subsequently brought scores of its allies under the military umbrella to hit what it calls Daesh targets in the two Arab countries.

The campaign has fallen well short of eliminating the terrorists, raising questions as to the nature of the coalition’s military engagement.

In July, a US airstrike reportedly killed at least 70 civilians, mostly women and children, near the city of Manbij in northern Syria.

There are also reports that the US-led attacks have on numerous occasions hampered counterterrorism operations by Syrian armed forces.

In September, a US-led airstrike hit a military base belonging to the Syrian army, leaving over 80 army troops dead and some 100 others wounded in the eastern part of the country. The raid helped Daesh terrorists make some gains in the area at the time.

The US Defense Department has not made any comment on the latest Amnesty report so far, but it has invariably insisted that the forces are taking enough precautions to avoid civilian fatalities.

Tags: US Syria
Short Link rasanews.ir/201mS0
Share
0
Please type in your comments in English.
The comments that contain insults or libel to individuals, ethnicities, or contradictions with the laws of the country and religious teachings will not be disclosed