Rasa - Iran's Interior Minister Abdolreza Rahmani Fazli disclosed that several foreign nationals have been among the terrorist cell that was busted just before conducting a horrifying attack in the Southern province of Fars earlier this month. 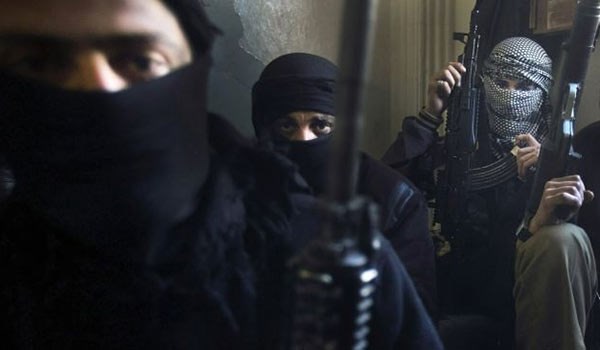 RNA - Speaking in an exclusive interview with FNA, Rahmani Fazli noted that the Takfiri terrorists, including foreign citizens, intended to carry out sabotage acts inside Iran, but were identified and captured in a joint operation of the Iranian intelligence and security forces in Fars province.

The Iranian interior minister said the Iranian security and law enforcement forces had the "the Takfiri terrorists under their watch and at a point they decided to arrest them".

Rahmani Fazli added that the terrorists had planned an operation during the Shiite mourning ceremonies in mid October, and said, "We sought help from the Basij (volunteer forces) and law enforcement forces and prevented the terrorists' operation."

The Iranian interior minister reiterated that there is no concern about the security situation in the country, and said, "But it does not mean that we should not be vigilant; we are fully vigilant and competent, and God willingly nothing will happen like in the past."

In mid-October, Iranian Intelligence Minister Seyed Mahmoud Alavi announced that his forces have detained several foreign Takfiri terrorists in the Southern province of Fars, seizing over 100kg of explosives.

"During the operations, a number of terrorists, including non-Iranian nationals, were arrested and over 100kg of explosives and other equipment were discovered and seized from the terrorists," Alavi said.

Relevant reports said in early October that the Islamic Revolution Guards Corps (IRGC) forces clashed with a terrorist team sent by PJAK (the Party for Free Life of Kurdistan) in the Western province of Kurdistan.

The members of the terrorist group who sought to enter Iran were identified by IRGC forces in Golchidar region of Marivan town in Kurdistan province and were forced to flee, leaving a number of their light and semi-heavy weapons behind.

According to the local officials, the terrorist group also launched an RPG attack against the IRGC forces but the RPG round failed to explode.

Commander of the IRGC Ground Force Brigadier General Mohammad Pakpour announced in June that his forces had killed a commander of PJAK terrorist group along with 4 of his comrades in Northwestern Iran.

"5 members of PJAK terrorist grouplet were killed in intelligence operations in the Northwestern parts of the country," Pakpour told FNA.

Stressing that no members of the terrorist group could escape from the region, he said, "One of the slain terrorists was a PJAK commander in the region."

Pakpour said that during the operations, a number of light weapons were seized by the IRGC forces, adding that the terrorist group was behind the killing of several people in the region.

Tags: IRGC Terrorism
Short Link rasanews.ir/201mRt
Share
0
Please type in your comments in English.
The comments that contain insults or libel to individuals, ethnicities, or contradictions with the laws of the country and religious teachings will not be disclosed