RNA - French police are being deployed as authorities begin dismantling the "Jungle" refugee camp in Calais amid reports of scuffles with the settlers. 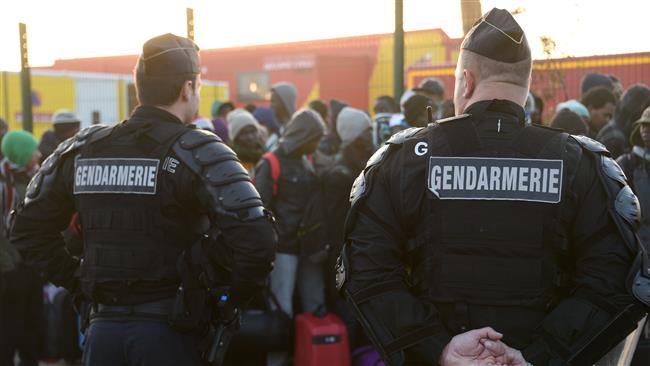 RNA - Demolition workers on Tuesday started tearing down the grimy slum, where some 6,000 to 8,000 refugees, including 1,200 children, mainly from Afghanistan, Sudan and Eritrea, have been living in dire conditions.

The demolition is set to continue through Wednesday. An interior ministry spokesman said the demolition would start by hand and that bulldozers would not roll in immediately in an effort to minimize tensions.

Despite those pledges, police were being deployed to "keep order" among the young refugees pushing barriers at the makeshift camp.

Dozens of refugees reportedly jumped over railings in an attempt to get to the camp's temporary processing center, the first step to being relocated in France, triggering scuffles with police.

Nestled in the sand dunes, the "Jungle" is a symbol of Europe's failed refugee policies as member states bicker over who should take in asylum-seekers.

Many of those who crowded at the camp's temporary processing center identified themselves as unaccompanied minors with relatives across the English Channel in Britain.

Christian Salome, head of the Auberge des Migrants charity, said as many as 2,000 residents of the camp may not be willing to leave.

"I'm much more concerned about later in the week when the only ones remaining are those who do not want to leave, who still want to reach England,” he said.

More than 1,200 police and officials have already been deployed in the northern port city in what Paris calls a “humanitarian” operation.

Help Refugees, a UK charity for refugees, said in April that 129 unaccompanied people had gone missing from the camp shortly after police demolished the southern part of the camp.

The dismantling comes after President Francois Hollande paid a visit to Calais and pledged to raze it.

Tags: Migrant France
Short Link rasanews.ir/201mRn
Share
0
Please type in your comments in English.
The comments that contain insults or libel to individuals, ethnicities, or contradictions with the laws of the country and religious teachings will not be disclosed