Rasa - An Israeli settler in a car has run over a Palestinian family of three members in the occupied West Bank, leaving them injured. 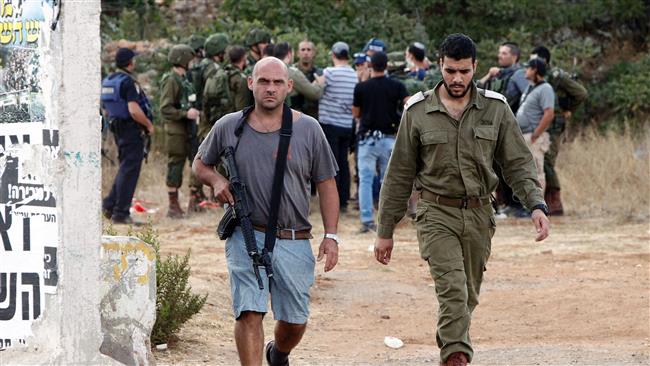 RNA - According to the Palestinian Information Center, the incident took place near the Qalqilya city in the northern part of the occupied West Bank on Tuesday.

The Palestine Red Crescent Society identified the victims as a Palestinian mother and father and their son.

There have been scores of “hit and run” incidents targeting Palestinians in different parts of the occupied West Bank. The incidents have largely gone uninvestigated by Israeli authorities even as some of them have resulted in fatalities.

On September 10, an Israeli settler ran over and killed a six-year-old Palestinian girl on a road leading to an illegal settlement in the southern part of the occupied West Bank.

Over half a million Israelis live in more than 230 illegal settlements built since the 1967 Israeli occupation of the Palestinian territories.

All Israeli settlements are illegal under international law but Tel Aviv is defying calls to stop their settlement expansions.

The new incident came as Israeli forces arrested 12 Palestinians in several dawn raids in the West bank and East Jerusalem al-Quds on Tuesday.

The occupied territories have witnessed new tensions ever since Israeli forces introduced restrictions on the entry of Palestinian worshipers into the al-Aqsa Mosque compound in in August 2015.

Nearly 240 Palestinians have lost their lives at the hands of Israeli forces since the beginning of last October. The violence has also killed at least 32 Israelis, two Americans, an Eritrean and a Sudanese.

Tags: Israel Palestine
Short Link rasanews.ir/201mRm
Share
0
Please type in your comments in English.
The comments that contain insults or libel to individuals, ethnicities, or contradictions with the laws of the country and religious teachings will not be disclosed