Rasa - Israeli officials have announced that a man working for the Tel Aviv regime’s military contractors along the border between the occupied Palestinian territories and Egypt has been killed in a rare case of gunfire. 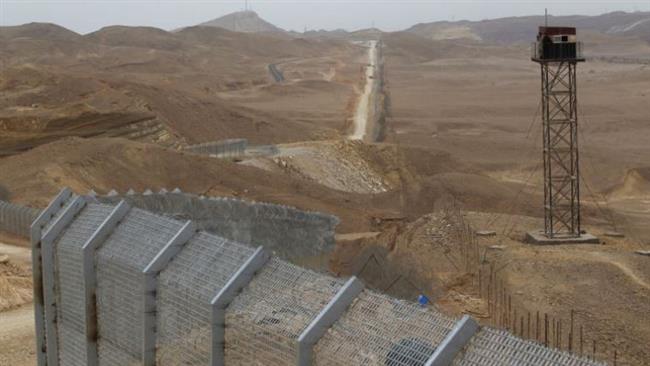 RNA - The military said shots had been fired along the border with Egypt earlier in the day, leading to the initial injury and the subsequent death of the man, who was identified as an employee for a contractor carrying out work on the border fence.

Local media said the laborer was airlifted from the scene of the incident but was pronounced dead upon arrival at a nearby hospital.

There was no further comment on where the shots had originated from. A later statement by Tel Aviv said an investigation had been launched into the shooting, which took place to the south of the occupied territories, which Israelis call Mount Arif.

Egypt’s Sinai Peninsula, which borders the occupied Palestinian territories, is home to a years-long militancy linked to Daesh, a Takfiri group operating in Iraq and Syria. There have been numerous attacks on civilians and security forces in Egypt, but the militants have rarely targeted Israeli settlers and soldiers along the border.

Tags: Israel Egypt
Short Link rasanews.ir/201mRh
Share
0
Please type in your comments in English.
The comments that contain insults or libel to individuals, ethnicities, or contradictions with the laws of the country and religious teachings will not be disclosed