Rasa - The Israeli minister for military affairs says the regime’s next war on Gaza would be the “last” one, threatening to “totally destroy” the Palestinian resistance movements in the blockaded territory. 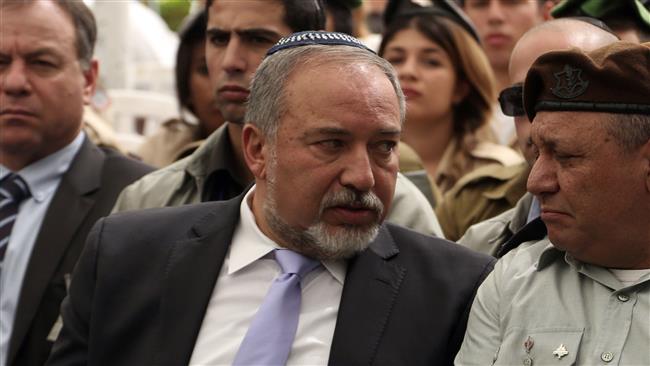 RNA - In an interview with al-Quds newspaper on Monday, Avigdor Lieberman said the next war would be "their last. I would like to emphasize again: It will be their last confrontation because we will completely destroy them."

The comments drew an angry reaction from Palestinian activists, who took to online social media and slammed the comments.

On the same day, the Israeli military launched an airstrike against what it called a position belonging to the Palestinian resistance movement Hamas in yet another act of aggression against the blockaded coastal enclave.

No casualties were reported following the airstrike.

The regime’s military forces claimed a rocket had been fired from Gaza towards Israel prior to the airstrike.

In mid-October, the UN Special Coordinator for the Middle East Peace Process Nickolay Mladenov raised concerns over the dire conditions in Gaza and said the regime in Tel Aviv must understand that punitive measures could trigger a new conflict between Tel Aviv and the Palestinian resistance fighters there.

In May, Hamas leader in Gaza Ismail Haniyeh warned that the next Israeli war on Gaza would be a decisive one and said the Hamas resistance movement was not afraid of Lieberman and the Israeli military.

The regime imposed the siege on Gaza in 2007. Since then, the regime has launched three devastating wars on the coastal strip.

The latest military offensive against the territory in 2014, left nearly 2,200 Palestinians dead, including 577 children, over 11,100 others wounded and thousands of homes destroyed.

Israel continues to carry out attacks on the Palestinian enclave from time to time. The regime’s fighter jets also frequently bomb Gaza.

Tags: Israel Palestine Gaza
Short Link rasanews.ir/201mRP
Share
0
Please type in your comments in English.
The comments that contain insults or libel to individuals, ethnicities, or contradictions with the laws of the country and religious teachings will not be disclosed