Rasa - Palestinian officials and activists said on Monday that they will launch a campaign of year-long activities in Palestine and around the world marking 100 years of the Balfour Declaration. 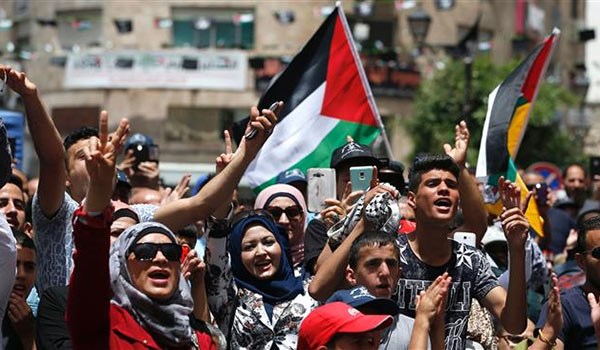 RNA - The campaign will be launched on November 2, the date marking 100 years since then British foreign secretary, Arthur Balfour, had promised in a letter to Zionist leaders a homeland for the Jews in Palestine, WAFA reported.

The letter triggered the century-long Palestinian-Israeli conflict and many wars in the Middle East.

“The Balfour Declaration is in its essence a colonialist project,” Taysir Khalid, member of the executive committee of the Palestine Liberation Organization (PLO), told the meeting held at the PLO’s Ramallah headquarters.

He said the activities will continue until November 2, 2017 with a goal “to remind the world and particularly Britain that they should face their historic responsibility and to atone for the big crime Britain had committed against the Palestinian people.

Tags: Israel Palestine
Short Link rasanews.ir/201mRL
Share
0
Please type in your comments in English.
The comments that contain insults or libel to individuals, ethnicities, or contradictions with the laws of the country and religious teachings will not be disclosed