Rasa - Iran welcomed the last week resolution by the United Nations Educational, Scientific and Cultural Organization (UNESCO) that recognized the holy shrine in the al-Aqsa Mosque bearing only a Palestinian and Muslim identity, saying the move is a step forward towards the restoration of the Palestinians' rights. 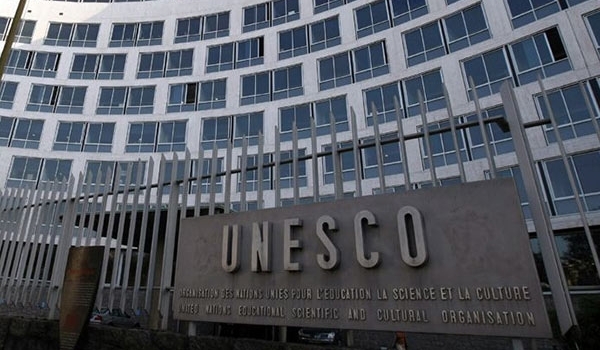 RNA - "In the past few days, we have welcomed the resolution after it was approved by the UNESCO and consider it as a correct stance," Foreign Ministry Spokesman Bahram Qassemi told reporters in Tehran on Monday.

The resolution revealed again that "the fully oppressed Palestinian people have been deprived of their own rights in different aspects and with regard to many other issues", he added.

Qassemi expressed regret that the Palestinian problem has turned into a secondary issue in the Muslim world following the attempts made by Israel to sow discord among the Islamic countries.

Last week, the Iranian foreign ministry lauded the UNESCO for its recent resolution which condemned the Israeli policies around al-Aqsa compound in Beit-ul-Moqaddas.

The UNESCO resolution condemned Israel for restricting Muslims' access to the site, and for the aggression by police and soldiers and also recognized Israel as the occupying power.

"We welcome the UNESCO's appropriate measure in endorsing the Palestinian people's rights towards their lands and religious sanctities," Qassemi said.

He said that Israel's negative reaction against UNESCO's resolution shows its confusion and revelation of its deceptive measures in disrupting the international public opinion and lack of accountability towards international resolutions and laws.

The status of Beit-ul-Moqaddas is one of the thorniest issues of the decades-long Palestinian struggle for independence.

Al-Aqsa Mosque compound is the third-holiest site in Islam. It is located in East Jerusalem, which Israel annexed following its invasion in 1967, in a move never recognized by the international community, as part of its subsequent military occupation of the West Bank.

Tags: UNESCO Israel Palestine
Short Link rasanews.ir/201mRI
Share
0
Please type in your comments in English.
The comments that contain insults or libel to individuals, ethnicities, or contradictions with the laws of the country and religious teachings will not be disclosed