For UN They Are Completely Different Events

Rasa - Two multinational military campaigns are under way to liberate Aleppo in Syria and Mosul in Iraq from all declinations of demented Salafi-jihadis, whatever their terminology. 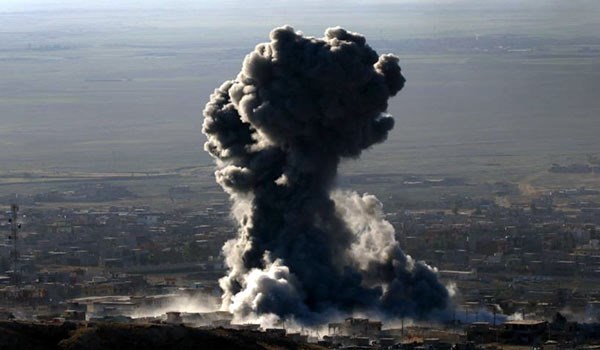 RNA - For the international civil society, they have a great deal in common, including the fact that the military alliances both depend heavily on air power. However, they are treated by most corporate media outlets and international organizations as though they were completely different events.

For instance, the UN Human Rights Council calls the siege and bombardment of terrorist groups in eastern Aleppo “crimes of historic proportions”, accusing all parties of violating international humanitarian law. The Council says armed opposition groups continue to fire mortars into civilian neighborhoods, but refuses to name and shame those who are funding them. Instead, it goes on to allege that “indiscriminate airstrikes across the eastern parts of the city by government forces and their allies are responsible for the overwhelming majority of civilian casualties.”

The UN High Commissioner for human rights is the latest in a series of international figures to also weigh in over the Aleppo offensive. The question is how come he never bothers to reach the same conclusion in Mosul. Instead, Zeid Ra’ad al-Hussein says ISIL fighters are using civilians as human shields against advancing Iraqi forces – backed by American air power.

There is no denying that civilians have been killed in these two similar events. Every civilian death from bombing in Iraq and Syria – as well the thousands of other civilian casualties each month by the US-led coalition – should be therefore publicly cataloged and condemned by the UN, particularly those committed by the Saudi-led coalition in Yemen.

The fact is, the Russians are taking enormous criticism over their bombing of the rebel-held eastern part of Aleppo but when it comes to the American bombing, the talking heads at the UN prefer to sit in their hands and look the other way.

Into the argument, unlike the Russian Air Force, the US Air Force has never been that much careful about its bombing around Mosul so far. What this means is that even "precision" airstrikes in urban areas mean lots of dead civilians. Mosul will not fall unless the US uses its air power to dig the jihadis out. And that's exactly what the Pentagon says it is doing.

If it does that, then the civilian casualties will be more than those inflicted by the Russian air power in eastern Aleppo, where even the UN says few civilians remain. The problem is, the Western media and the United Nations will doubtlessly still find ways to see a huge difference between the two.

In the meantime, the UN will continue to play out the farce that Russia and Syria are committing war crimes and violating the ceasefire agreement. The Syrian ceasefire is failing because neither the terrorist groups nor their co-founders, notably the United States and Saudi Arabia, have any interest in maintaining it or in crafting a political solution to end the proxy war.

The outcome is predictable: The UN is not yet ready to condemn the high number of civilian casualties caused by US bombing in Mosul, but it has made considerable progress in redefining international law and double standards to bash and condemn Syria and Russia in Aleppo. It is now inconceivable that there is any scenario in the upcoming days and weeks that will not include yet another resolution against Damascus and its allies by the Human Rights Council.

For the Council the choice in Aleppo is increasingly one between accepting the continuation of the anti-terror campaign by Syrian Army and allies, or aligning itself with regime changers and radical jihadist elements to overthrow the government. Given that those jihadist groups include “moderate rebels” - read Al-Qaeda terrorists - that are incorporated and affiliated with Washington and its regional allies, it’s clear there is little choice.

Tags: UN Syria Mosul Iraq Aleppo
Short Link rasanews.ir/201mR7
Share
0
Please type in your comments in English.
The comments that contain insults or libel to individuals, ethnicities, or contradictions with the laws of the country and religious teachings will not be disclosed