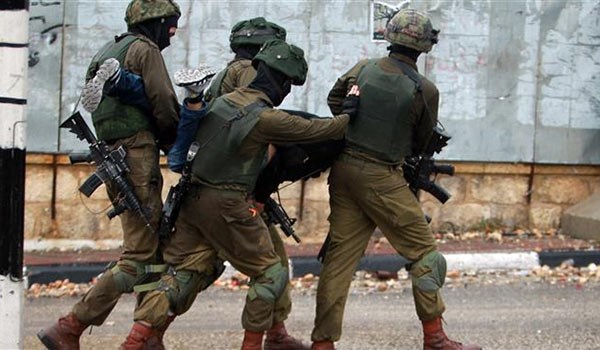 Yousif was sentenced several times to jail,  amounting to 18 years in total, including actual sentences and under administrative detention, the last of which was on October, 20th, 2015.

A third Palestinian was detained in the Ramallah area, whereas five others were detained in Jenin.

PPS noted that 12 Palestinians, including a female, were detained by Israeli forces from across the West Bank in the past two days.

To be noted, 19 Palestinians were also detained by Israeli police in the Jerusalem area on Sunday.

Administrative detention is the imprisonment of Palestinians without charge or trial and on the basis of secret evidence for up to six month periods, indefinitely renewable by Israeli military courts.

Palestinian detainees have continuously resorted to open-ended hunger strikes as a way to protest their illegal administrative detention and to demand an end to this policy which violates international law.

Tags: Israel West Bank Palestine
Short Link rasanews.ir/201mR6
Share
0
Please type in your comments in English.
The comments that contain insults or libel to individuals, ethnicities, or contradictions with the laws of the country and religious teachings will not be disclosed