Rasa - Officials from Indonesia’s largest Muslim organization have called for unity against radicalism and peaceful approaches to politics and diversity in the country. 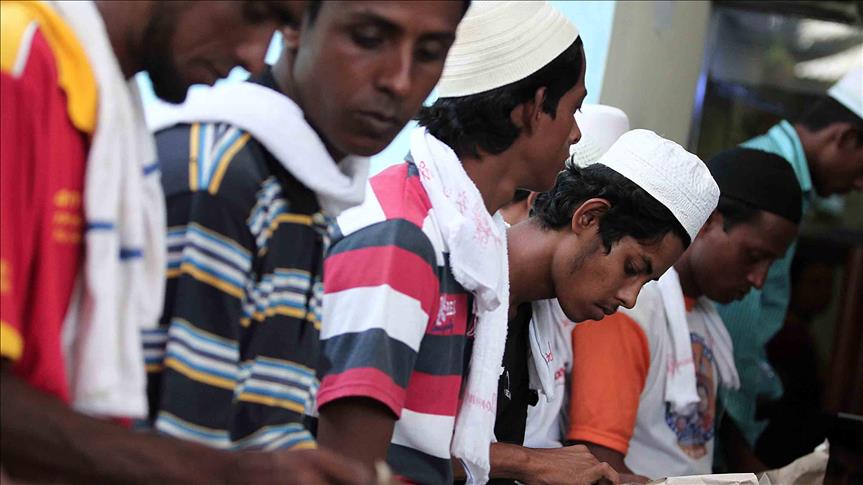 RNA - Officials from Indonesia’s largest Muslim organization have called for unity against radicalism and peaceful approaches to politics and diversity in the country.

Said Aqil Siraj, head of Nahdlatul Ulama (NU), urged all Muslims to resist groups that flout “Pancasila” -- a national principle under which Indonesia's diverse ethnicities and religions are unified -- as the organization marked the country’s annual Students Day.

"Ulama has always taught a peaceful Islam. That delivers Islamic teachings which urge goodness, rather than mock it. Islam can only embrace, not hit," he was quoted by metrotvnews.com as saying Saturday.

He warned against the influence of Daesh and other groups “that make radicalism as a basic preaching”.

Siraj was joined by other officials from NU -- which has around 40 million members countrywide -- in calling for unity, with some voicing concerns over hardline groups’ opposition to Jakarta’s Christian governor, Basuki Tjahaja Purnama.

NU stressed that next year’s gubernatorial election in the capital should took place peacefully.

The organization’s volunteer coordinator, Taufik Damas, said, “we must back the constitution in the leaders’ election. NU has a commitment to care for diversity."

Tensions have been mounting in relation to the 2017 vote over the past month, with Governor Purnama -- commonly known as Ahok -- defending himself against allegations by political opponents who claim he insulted the Quran.

Since Ahok was accused of insulting the Quran in a speech last month, some groups -- including the Islamic Defenders Front, known for having led violent protests in the past -- have held several rallies against him, the latest Friday.

“"I did not say [things] that insulted the Quran... What I said to the local people of Thousand Islands is that if you are fooled by racists and cowards using that verse in the Quran not to vote for me, then don't vote for me," he told kompas.com earlier this month.

On his Instagram account, he posted, “I do not intend to harass the Holy Quran, I do not like to politicize the holy verses, both the Quan, the Bible, as well as other books.”

The Front has reported Ahok -- Jakarta's first Christian ethnic Chinese governor in nearly 50 years -- to the police on charges of insulting religion.

On Saturday, the NU’s East Java branch chief, Mutawakkil Alallah, said its members are free to join the protests but must not claim to be representing the organization.

“But, if [members are] taking symbols of or claiming to act on behalf of NU, strict sanctions from within the organization will be applied,” he was quoted as saying by metrotvnews.com.

In the past, the NU has advocated for the rights of both Muslims and non-Muslims to serve as leaders due to Indonesia being home to people from different religions and ethnicities.

Tags: Muslim Indonesia
Short Link rasanews.ir/201mQr
Share
0
Please type in your comments in English.
The comments that contain insults or libel to individuals, ethnicities, or contradictions with the laws of the country and religious teachings will not be disclosed