Ending It Is a Much Bigger Problem Than Continuing It

Rasa - The participation lies of the United States and allies in the Mosul offensive and their refusal to commit to accepting the legitimacy of the Syrian government distract from the real threat to global peace and security. 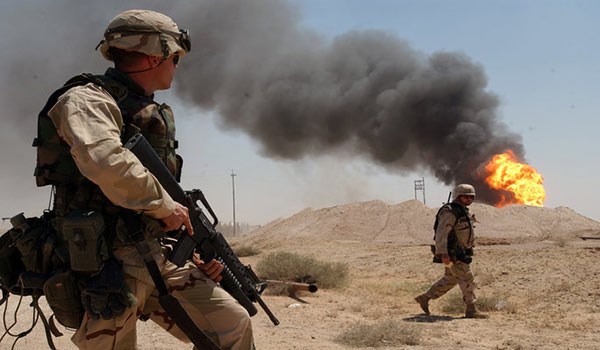 RNA - Their refusal to give some credit at the United Nations to the ongoing battle against various terror outfits in Aleppo by the Syrian Army, Russian airpower and Iranian military advisors is an unprecedented attack on the foundation of the Real War on Terror. It rightly draws widespread condemnation from rights groups, political and diplomatic leaders.

Turkey: US Eager to Work with Ankara on Raqqa Invasion

All these news headlines appeared in just one day, but are yet another sign that even if ISIL, Al-Qaeda and other proxy forces are defeated in Aleppo and Mosul, the ongoing wave of violence in which everyone attacks everyone, even themselves, is here to stay. Even long after a political deal has been reached, terrorism and proxy warfare will endure, not because of the presence of some extreme remnants, but because of their co-founders.

It is now an open secret that it is Western powers that are fuelling sectarian conflicts in the Middle East and North Africa. They do this by selling and supplying large quantities of weapons to puppet regimes, which in return hand them over to proxy armies and militant groups.

This is a dangerous trend. Continuing the War on Terror, including the ISIL war, is a very small problem in international politics, which international protocols at the United Nations are meant to address, but is exceedingly rare. As proven over and over – a very current example is ISIL’s Friday counterattack in Kirkuk – the world is more likely to be stuck forever in the quagmire that is America’s forever war. The Pentagon officials say it will continue for another 20 years. Which means ending the War on Terror is a much bigger problem than continuing it.

Here, the real danger to fighting all declinations of demented Salafi-jihadis, whatever their terminology, stems from the US-led efforts to make it even harder for the incorporated and affiliated proxies to lose the running battles. UN resolutions that allege Russia and Syria of committing war crimes, arming Kurdish separatists, and refusing to make the difference between a moderate and extremist jihadi makes it equally harder for many UN member states to stand for humanity.

As a consequence, those who are fighting the Real War on Terror and want an end to this global mess - a determined Syria-Iran-Iraq-Russia alliance committed to keep a unitary Syria and a unitary Iraq - are lacking crucial protections from the talking heads at the UN.

This is the problem we should be focusing on. The US, its allies and their hordes of media shills have hegemonic narrative about the battles for Mosul and Aleppo with conflicting motivations. What they want is forever war, even if that requires non-stop spins to buy time and rearm “moderate rebels”, support brutal Arab tyrannies that fund terrorists, let thousands of phony Caliphate jihadis escape Mosul from the west as long as they head straight to Syria, and sabotage UN-brokered ceasefires.

It is clear that the Syria-Iran-Iraq-Russia alliance won’t sit idly by if that’s the case. For the alliance, the number one priority is to stand up to the regime changers and ensure the phony Caliphate is defeated. They are determined to continue the campaign to stabilize the region, deny jihadis a foothold, and drain the swamp that is America’s forever war.

Tags: US Syria Iraq
Short Link rasanews.ir/201mQi
Share
0
Please type in your comments in English.
The comments that contain insults or libel to individuals, ethnicities, or contradictions with the laws of the country and religious teachings will not be disclosed