Rasa - Iranian Ambassador to Paris Ali Ahani cautioned that any dispatch of military and humanitarian aid needs to be done only after the approval of and coordination with the Baghdad government. 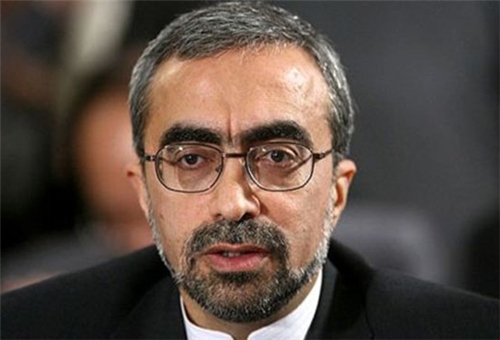 RNA - "Any military operations and relief aids in Iraq should take place in full coordination with the Iraqi central government," Ahani said, addressing an international meeting held on Iraq's Mosul in the French capital.

The Iranian envoy underlined that for helping the world get rid of the ISIL terrorist group, the countries playing a role in Iraq should be determined and serious to destroy the ISIL and not let them to relocate from a region to another region.

Ahani underlined on the importance of supporting Iraq's government and nation in fighting terrorism, and said, "As long as the Iraqi government need Iran's help, we will continue our support for that country."

"The hour has come and the moment of great victory is near," Al-Abadi said in a speech on state TV, flanked by the armed forces' top commanders.

Tags: Iran ISIL Mosul Iraq
Short Link rasanews.ir/201mQZ
Share
0
Please type in your comments in English.
The comments that contain insults or libel to individuals, ethnicities, or contradictions with the laws of the country and religious teachings will not be disclosed