High Level UN Posts Up for Grabs for Big Powers

RNA - The United Nations loves its big-power-members clubs which have been around since World War II. While this tradition has carried on, there's a new guard of high-ranking positions up for grabs at the Secretariat. 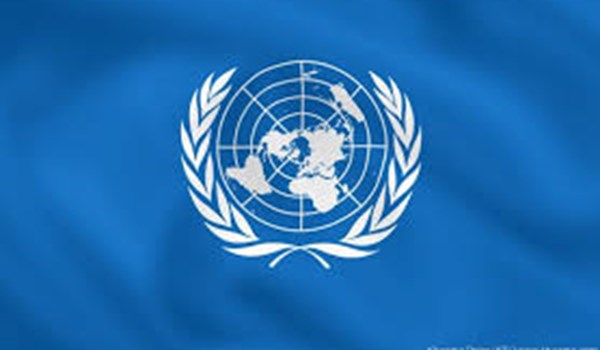 RNA - We are not talking about the Security Council here. This club is much more “prestigious” and “exclusive”, actually requires no new members at all, and is most definitely older than most of us. Money and lineage are usually the tickets in, as well as a hefty dose of political and diplomatic capital:

On January 1, Antonio Guterres, the former Prime Minister of Portugal, takes office as the new UN Secretary General. Reports suggest his top management team is likely to be dominated by nominees from the five big powers, the United States, Britain, France, China and Russia - the permanent members of the Security Council, also known as the P5.

Some of these powers are known for being behind the most successful veto-yielding disagreements over resolutions against Israel and Saudi Arabia. Others play against or host to scenes of regime-change wars and conflicts in the Middle East, a bit too reminiscent of the ongoing wars in Syria and Yemen.

But they all share one key characteristic: absolute, utter exclusivity. This is where the real problems emerge, the kind that matters. Sure, the world may not be dancing with their unfair resolutions and dirty wars, but the decisions and contacts they will make at one of these UN institutions will prove decisive for many years to come.

As befits this tradition, the current management team of mostly Under-Secretaries-Generals will submit their resignations – providing Guterres with a clean state before he takes over. As befits this same unfair tradition, the P5 will once again stake their claims to some of the most powerful jobs in the world Organizarion, heading UN Departments overseeing Political Affairs, Peacekeeping, Economic and Social Affairs, Management and Humanitarian Affairs.

Needless to say, for these exclusive members, these high level posts are considered their political and intellectual birthrights. From the earliest days of the UN, the P5 have greatly influenced the selection of high-level posts in the Secretariat - and the Security Council. In theory, the Secretary General fills these posts independently, but in practice, key appointments are made by these exclusive members.

The P5 carefully vet these appointments and in all posts they always name their own appointees. Under this unfair system, and as a consequence, departments have become exclusive clubs, controlled and run by the US, Britain, France, Russia and China.

Now despite having a new Secretary General, these "exclusive clubs" have no intention to go away, much less accept new members. This needs to be addressed before it is too late. The incoming Secretary General is duty-bound to ensure that the P5 won't be able to reappoint their own managers again, because the world community prefers to have independent individuals who can be trusted in senior positions. It just doesn't make sense for Guterres to reappoint confidants to senior positions in the inner cabinet that are closest to the P5. He cannot continue with the same team of managers who served under Ban Ki-moon either.

Importantly, Guterres made promises to many influential countries in exchange for their support in the lead up to his appointment. These need to be honoured. He should make every effort to ensure a more equitable representation of the Member States of the UN in senior positions. He shouldn't give certain posts like peacekeeping, political affairs, legal and humanitarian affairs to specific nationalities or to certain regional groups like the European Union.

It is time for the new Secretary General to stop perpetuating such a monopoly in a body that aspires to be truly representative and global. Guterres can and should put an end to such a long-standing unfairness and dishonesty in a system that only increases the control of big powers. Else, he will, like his predecessor, erode the credibility of the UN, once again allowing the P5-controlled posts symbolize a system of disregard for the Charter, disrespect for the opinions of other nations, and contempt for the very idea of neutrality of the international civil service.

Tags: Portugal UN China
Short Link rasanews.ir/201mQY
Share
0
Please type in your comments in English.
The comments that contain insults or libel to individuals, ethnicities, or contradictions with the laws of the country and religious teachings will not be disclosed