Iranian Ambassador to Beirut Mohammad Fathali underlined his country's resolve to restore security and stability throughout the world. 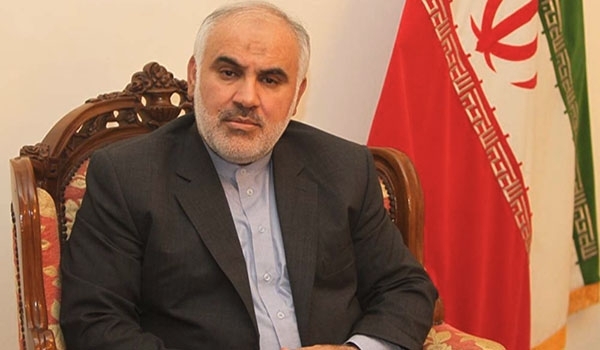 He underlined Iran's support for the Lebanese nation, government, Army and Hezbollah resistance movement, and said, "National solidarity of the Lebanese people is the best weapon to counter the threat of Israel and other threats."

In relevant remarks in late September, Iranian Foreign Minister Mohammad Javad Zarif underlined that sustainable development in the world can only be achieved after prevalence of peace and stability.

"Peace and stability are the preludes to understanding and realization of sustainable development," Zarif said, addressing the Extraordinary Session of the Council of Ministers of the Economic Cooperation of Organization (ECO) held in New York on the sidelines of the 71st Session of the United Nations General Assembly.

Also in February, Secretary of Iran's Supreme National Security Council Ali Shamkhani said the Islamic Republic is a regional power, determines the outcome of regional equations, and acts as an anchor for regional security and stability.

“The region is in turmoil. Iran has to devise its future policies and plans for a new regional order in a bid to defend its positions and interests,” Shamkhani said during a national conference on global security in Tehran.

He noted that the old world order has collapsed and a new world order is in the making, in which there is no military solution to any regional crisis – unlike the past.

Shamkhani added that Tehran has no intention to sideline its rivals, rather it seeks collective peace and security for everyone, and wants to help the regional states determine their own future.

Tags: Iran Lebanon Hezbollah
Short Link rasanews.ir/201mQS
Share
0
Please type in your comments in English.
The comments that contain insults or libel to individuals, ethnicities, or contradictions with the laws of the country and religious teachings will not be disclosed