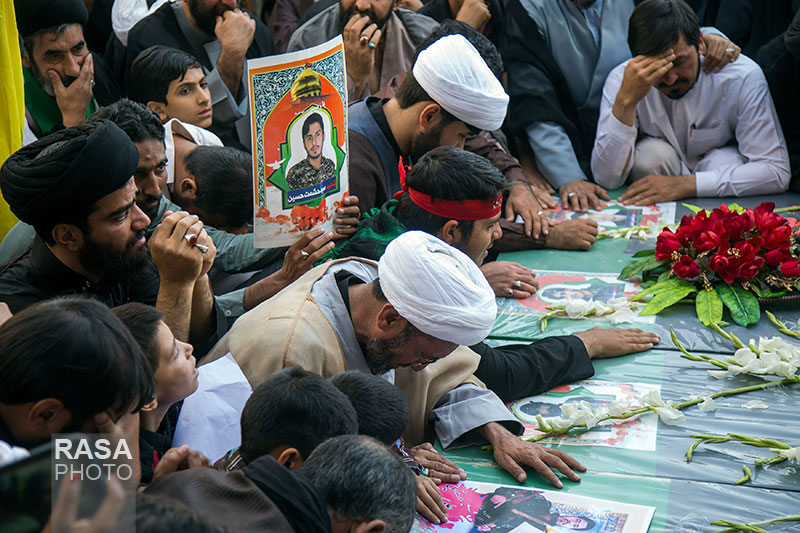 Velayati discussed the latest and most important regional issues, including campaign against terrorism, and bilateral ties with al-Abadi on Thursday.

The Iraqi prime minister, for his part, vowed his country's resolve to fight the ISIL terrorist group.

"We will continue our war against the ISIL until setting free all Iraqi lands from terrorists' control," al-Abadi said.

The Iraqi prime minister expressed the hope that the war against the ISIL in Iraq will end soon, and said, “It is necessary that the regional countries would cooperate with Iraq on security and intelligence issues in its anti-ISIL war."

"Iran's policy is based on promotion of solidarity among Iraqi groups, including Shiite and Sunni Muslims as well as the Kurdish population," Larijani said in a meeting with Head of Iraqi National Intelligence Service Mustafa Kadhimi in Tehran.

"Through unity and integration among all Iraqi groups, they can overcome current problems," Larijani added.

The Iranian parliament speaker said that Iran has always stood by the Iraqi government and nation and is fully ready to offer any kind of assistance.

Tags: Iran ISIL Iraq
Short Link rasanews.ir/201mQQ
Share
0
Please type in your comments in English.
The comments that contain insults or libel to individuals, ethnicities, or contradictions with the laws of the country and religious teachings will not be disclosed