Rasa - State union with 300,000 employees could strike over pro-independence workers being sacked 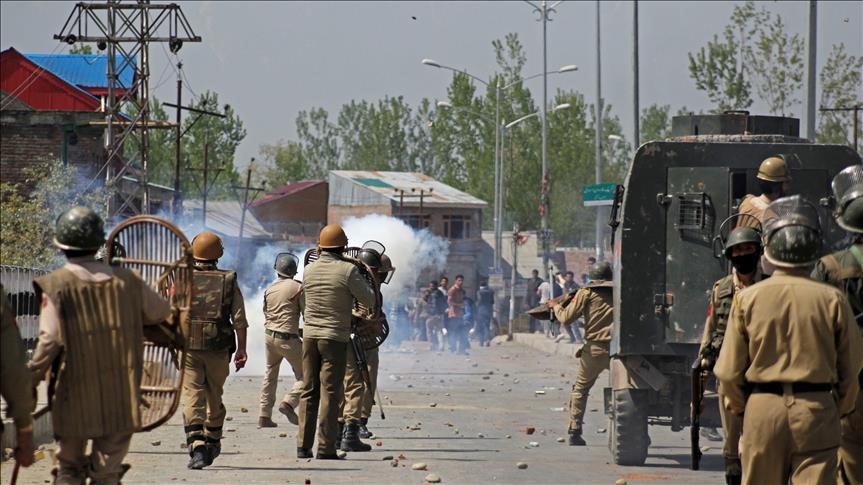 RNA - Days after the government in disputed Indian-held Kashmir sacked 12 local government employees for taking part in the ongoing 104-day independence uprising, another revolt threatens state offices from within, as the employees union in Kashmir has threatened a strike if the employees are not reinstated.

The Employees Joint Action Committee (EJAC), the largest employees union in the region – with 400,000 members, according to its head Abdul Qayoom Wani – has threatened to launch agitation if the dismissals are not reversed.

According to sources in the government, who spoke to Anadolu Agency on condition of anonymity due to safety concerns, there is “a longer list of employees who will also be sacked for their participation in the protests.”

Kashmir Divisional Commissioner Baseer Ahmad Khan said that appropriate legal action was taken against the employees as warranted under the law.

"We are examining the cases of the employees involved in incidents of stone pelting, [soldiers],’’ Khan told reporters.

“The state government has crossed all limits of suppression and if they were not reversed, there would be widespread protests. The number of sacked employees is more than 12 and we believe that the sackings are wrong and illegal,” Wani told the press.

The incarcerated resistance leadership of the region also came out in support of the sacked employees and said that the leadership stood by them.

"The nation stands with these victims of state vengeance and extends support to them. All state employees at all levels, particularly at the senior level, should stand up for their colleagues and take collective action against this totalitarian and vengeful measure," said senior Hurriyat leader Mirwaiz Umar Farooq.

Ironically, when the Indian government sacked Kashmiri government employees for their anti-India politics in 1990, one of those sacked was a mid-level bureaucrat, Naeem Akhter, now chief spokesperson of the present regime. Akhter and the other sacked officials were eventually reinstated after widespread protests.

Kashmir, a Muslim-majority Himalayan region, is held by India and Pakistan in parts and claimed by both in full.

Since 1989, Kashmiri resistance groups in IHK have been fighting against Indian rule for independence, or for unification with neighboring Pakistan.

More than 70,000 people have reportedly been killed in the conflict so far, most of them by the Indian Armed forces. India maintains more than half a million troops in the disputed regions.

Tags: Muslim Kashmir Pakistan India
Short Link rasanews.ir/201mQP
Share
0
Please type in your comments in English.
The comments that contain insults or libel to individuals, ethnicities, or contradictions with the laws of the country and religious teachings will not be disclosed